What Are We Doing to Protect Biodiversity? 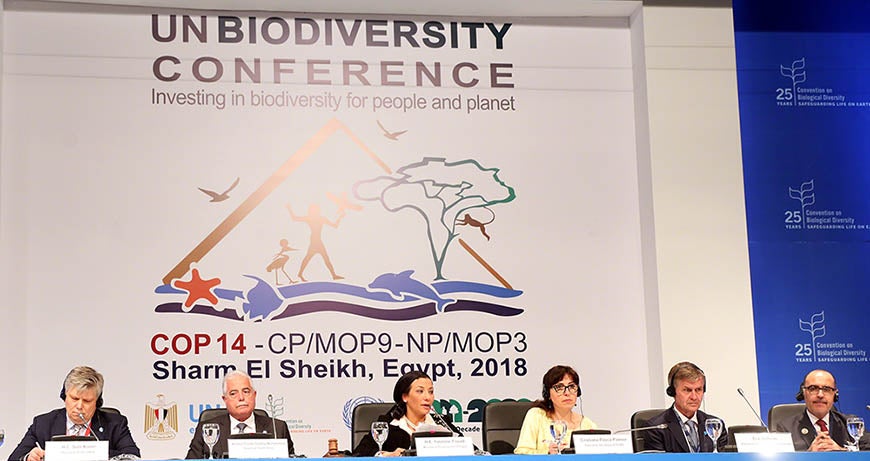 Throughout this week we’ve written about what biodiversity means, what’s driving its loss and how it relates to climate change. It’s been pretty somber content so we also wanted to talk about what’s being done to ensure that we don’t see the worst biodiversity loss scenarios.

Last year marked the 25th anniversary of the creation of the Convention on Biological Diversity (CBD) and UN Secretary-General António Guterres urged the world to take biodiversity far more seriously and make bolder commitments to protect it. In a speech on the International Day for Biological Diversity, he said that:

“Despite this understanding [of the benefits of biodiversity], biodiversity loss continues around the globe.  The answer is to intensify efforts and build on successes.

This year, parties to the Convention will begin work on a new action plan to ensure that, by 2050, biodiversity is valued, conserved, restored and wisely used for the benefit of all people.  The entire world needs to join this effort.“

A Global Effort: In addition to CBD, international treaties like CITES and intergovernmental bodies like IUCN and IPBES help ensure coordinated international action on biodiversity through things like trade, adequate data, science, and advocacy. In fact, a landmark IPBES report from earlier this year warned that nature is declining globally at rates unprecedented in human history – and the rate of species extinctions is accelerating, with grave impacts on people around the world.

What Scientists Say: Recently a group of leading conservation scientists, including Dr. Joseph W. Bull at the University of Kent, urged governments across the globe to adopt a new approach to address the impact of economic development on our natural world. In a new paper, published by Nature Ecology and Evolution, they call for,

Why This Matters: If you’ve been reading our biodiversity series this week you’ll understand why addressing biodiversity is so urgent. Human survival depends on it, in fact. However, since nature doesn’t acknowledge international boundaries, we need a comprehensive, coordinated global effort to protect natural areas and species from exploitation. And in 2020, delegates from nearly 200 countries will meet in Beijing, China, to agree on a new framework to halt biodiversity loss and protect ecosystems at the CBD COP-15. Make sure to read tomorrow’s email where we’ll take a deeper dive into the summit.

Go Deeper: Recently, as the Guardian reported, Sir David Attenborough has agreed to become the public face of a landmark government study into biodiversity loss and its impact on the economy. The broadcaster and naturalist will act as an ambassador to promote the review around the world as the government attempts to demonstrate its determination to fight the climate emergency.