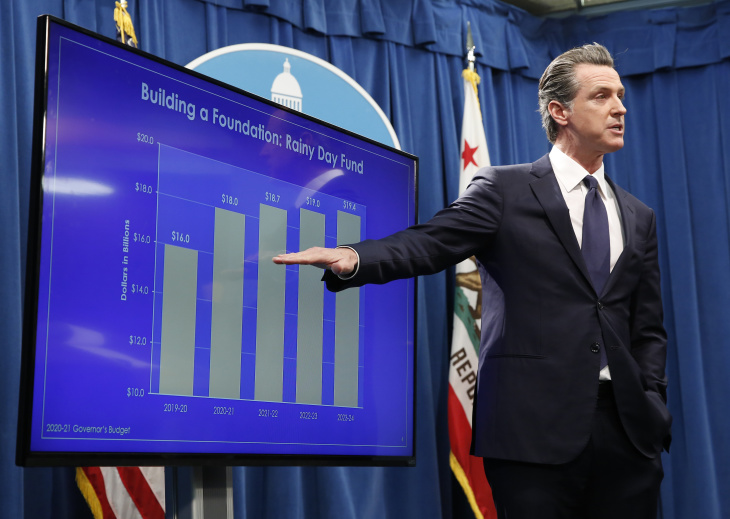 When the coronavirus crisis first began, climate activists were hopeful that political leaders could manage the outbreak while simultaneously keeping their commitments to climate action. But the cost of the COVID-19 response on state budgets has been profound and there’s a fear that environmental programs will be cut as governors grapple with staggering budget shortfalls.

In California, this fear is being realized as Gov. Gavin Newsom’s proposed budget cuts include canceling billions of dollars in climate change spending. As Politico wrote, this is especially worrisome as environmental activists look to the state as a stopgap for the Trump administration’s weakening of federal protections. And even Washington Gov. Jay Inslee–who was seen as the climate change candidate in the 2020 presidential primary race–vetoed $50 million in spending in the state’s budget for local climate resilience efforts.

Why This Matters: Politico put it best,

If this year’s once-in-a-generation level of public spending isn’t used to change how infrastructure is built, how industry works, and how cars and planes run, green lobbyists say governments will lose their final chance to meet the 2015 global climate target that 195 governments signed up for.

One way or another, states and the federal government are going to have to spend money to revive the economy and put people back to work. It’s incumbent upon lawmakers who are concerned about climate change to ensure that this money is going to building a clean energy economy. When it comes to a green stimulus, other nations are walking the walk whereas the United States is falling far behind.

On the Global Stage: As Justin Worland wrote for TIME,

In the U.S., the world’s largest economy and second-largest carbon emitter, any such consideration of a green recovery appears dead on arrival.

Meanwhile, in New Zealand, more than a billion dollars will be spent by the government creating “nature jobs” as part of its a pandemic recovery, including environmental work in regions, but critics expressed dismay there wasn’t more emphasis on climate change.

Lessons From the Past: Looking back at stimulus money spent in 2009, the Verge explained that renewables like solar and wind create more jobs per unit of energy delivered than coal or natural gas. While $1 million in stimulus spending on oil and natural gas generated roughly five jobs, the same amount would result in 13 to 14 jobs in wind and solar, a 2009 report found.

The fossil fuel industry is lobbying heavily for federal stimulus dollars in the wake of COVID-19, and shale companies could end up benefitting from a “stealth bailout.” If the government wants an actual ROI on its investment in energy, renewables are a no-brainer.