Will Venice’s Tide Barriers Be Enough to Prevent Flooding? 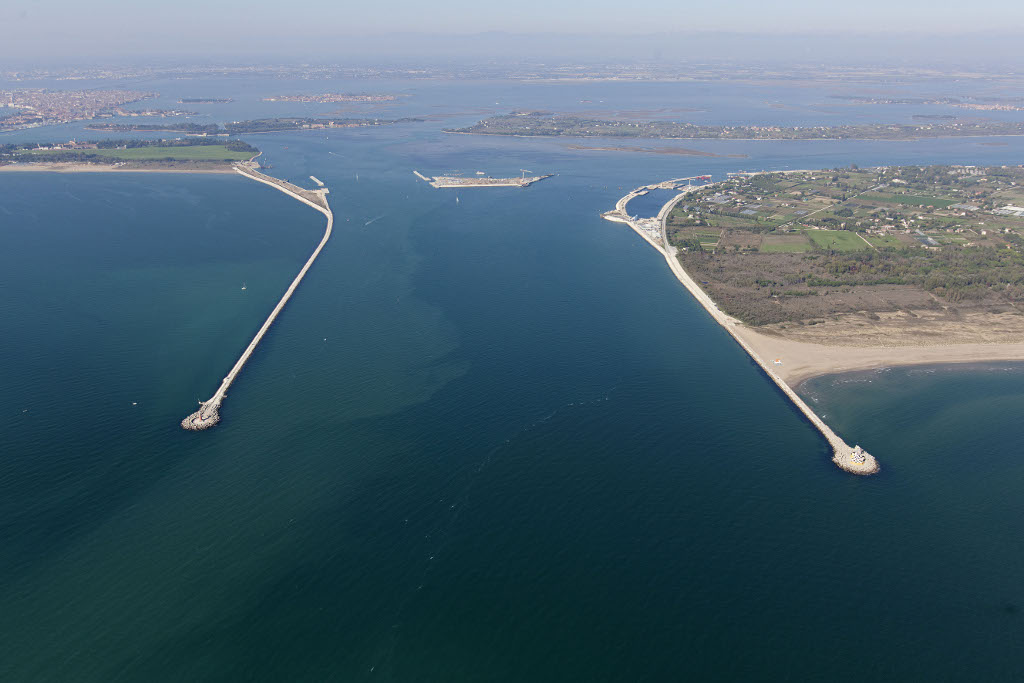 Venice, Italy has been in the process of building a floodgate system, MOSE,  to avert its devastating flood season known as acqua alta. Thus far, the system has been successful in blocking some floods from overtaking the city—on October 3rd of this year, MOSE successfully prevented the high tide from flooding the city.

But subsequent floods were not so easily stopped: on December 8, the floodgates couldn’t prevent a surging tide, nor did it prevent floods last year. Officials are wondering if this program — which at this point has cost $6 billion— has been effective, or if it has been sabotaged by corrupt city officials.

Why This Matters: As sea levels rise around the world, other coastal cities will be subject to high tides, brutal hurricanes, and rising sea levels. Cities like New York, San Francisco, and Miami, may have to construct similar, and perhaps larger floodgates to mitigate these environmental changes. Potential barrier constructions that would protect New York, for instance, could cost anywhere from $62 billion to $200 billion, so it’s important to study if this system is working for Venice before implementing similar programs in other cities.

Why is MOSE failing?

Though MOSE is technologically advanced as far as floodgates are concerned, it is essentially just a wall, that could be easily overtaken if a combination of sea level rise, high tide, and storm conditions hit the city.

A recent study in the Journal for Nature Conservation determined that if sea level in the Adriatic rises just 50 centimeters (about 20 inches), the barriers would have to close virtually every day. A 2011 UNESCO report concluded that MOSE “might be able to avoid flooding for the next few decades, but the sea will eventually rise to a level where even continuous closures will not be able to protect the city from flooding.”

MOSE would also prevent Venice’s sewage system from functioning. Because the city is 1200 years old, its wastewater is still dumped back into the canals and washed away to the Adriatic. If MOSE were to regularly block the tide from washing wastewater away, Venice will also have to rethink its wastewater systems.

What cities should learn from Venice’s MOSE system is that there is no single solution that will avert flooding. Venice’s floodgates should be paired with wetland conservation, a limitation on cruise ships entering the city, better waste management systems, raising the pavement on Venice’s city streets, and other major infrastructure projects. American cities should plan on enacting a variety of solutions to flooding, or the consequences could be disastrous.

Aquifers, 8% of Earth’s Land Area at Risk of Sinking, Flooding

by Amy Lupica, ODP Staff Writer A first-of-its-kind study has found that in the next 20 years, 1.6 billion people will be affected by crumbling aquifers. Subsidence, the degradation of aquifers due to over-extraction of water and drought, causes the earth to cave in reducing aquifers’ ability to hold water and puts communities at risk […]

In an environmental justice win, last week the Navajo Nation settled a lawsuit it brought against mining companies resulting from a destructive oil spill in 2015 that poisoned rivers in three western states.

Why this Matters:  This spill was devastating, contaminating 200 miles of river on Navajo lands — farmers and water utilities had to stop drawing from those rivers.

by Amy Lupica, ODP Staff Writer Despite a century of knowledge on the dangers of lead poisoning, dozens of studies showing the impacts of lead on children’s development, and high-profile humanitarian disasters like the 2014 Flint Water Crisis, millions of Americans are still being exposed to lead in their drinking water. What’s worse: new studies […]