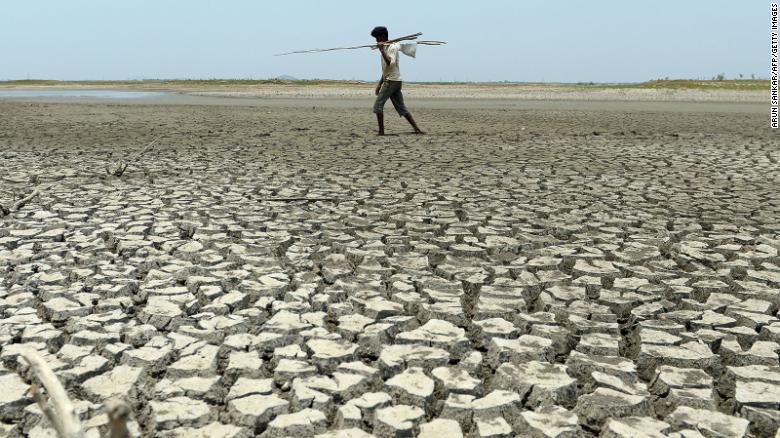 Yesterday was World Water Day and the focus this year was on the interconnectedness of water and climate change. As 2020 was set to be a critical year for climate action (though the coronavirus outbreak could change that), it’s timely to bring attention to how a warming planet affects the world’s water supplies and exacerbates droughts and excessive flooding.

As UN Secretary-General António Guterres wrote in his yearly address:

“The solution is clear. We must urgently scale up investments in healthy watersheds and water infrastructure, with dramatic improvements in the efficiency of water use. We must anticipate and respond to climate risks at every level of water management. We need to urgently step up efforts to strengthen resilience and adaptation for people affected by climate disruption.”

Need for More Awareness: As the World Economic Forum explained, not enough is understood and communicated about the devastating risk of climate change to the world’s water resources.

Richard Connor who is the editor of the recently released UN World Water Development report explained,

“One of the reasons underlying the investment gap in water and sanitation is that these services are perceived mainly as a social – and in some cases environmental – issue, rather than an economic one, like energy.”

The Bottom Line: Right now, almost 780 million people live without access to clean water, and more than 2.5 billion need improved sanitation. If we don’t take these current threats seriously now then they’ll only be amplified as our planet continues to warm.

Why This Matters: Climate change will disrupt the water cycle at every level. As Columbia University explained, these changes will put pressure on drinking water supplies, food production, property values, and more, in the U.S. and all around the world. The American West is in an expanding 20-year drought as is much of the Southwest, while Central and Southeastern states continue to experience drastic flooding. And around the world, lack of investment in critical water infrastructure has made countries more susceptible to the spread of coronavirus.

The National Flood Insurance Program is revising its rates for flood coverage on April 1st, and to reflect current risks, and experts say they may need to quadruple. FEMA’s new risk rating system will use a model proposed by the First Street Foundation, which found that by 2050, insurance premiums on flood-risk homes would need to rise sevenfold to cover the costs of annual damage.

Why This Matters: The rising premiums create a conundrum for the Biden administration, which has promised to honor science in federal policymaking but has also pledged to address economic issues facing the working class.

Clean energy, justice, and salmon: a once-in-a-lifetime opportunity in the Northwest