Notice: Trying to access array offset on value of type bool in /var/www/wp-content/themes/Divi/includes/builder/functions.php on line 2421
 Right Whales Are The Right Whale to Save – Just Ask Vineyard Wind | Our Daily Planet 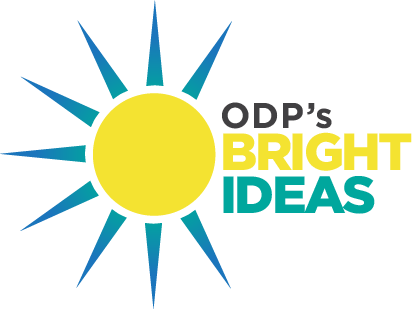 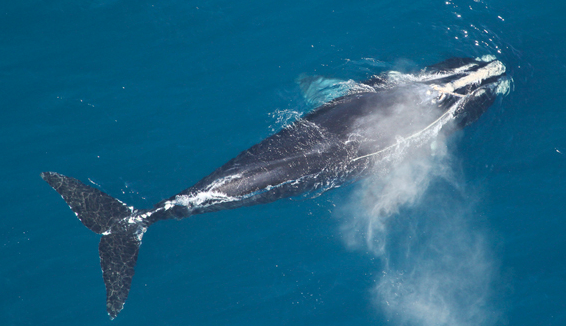 There are fewer than 415 North Atlantic Right Whales remaining, with only 100 females of breeding age left in the population. This is one of the most endangered species on the planet, thanks to man-made threats like ship strikes and entanglement in fishing gear. According to the U.S. Director of the International Fund for Animal Welfare (IFAW) Beth Allgood, “There may be only five years remaining to save these whales. This is one of the most pressing conservation challenges of our time.” But what did the Trump Administration do? They introduced yet another threat – they authorized five companies to conduct seismic testing along the eastern seaboard in order to look for oil and gas so that they could “drill, baby, drill” in the Atlantic Ocean.

The Trump Administration granted the exploration permits saying there would be no lasting impact to the whales, even though the Obama Administration had found the exact opposite to be true. How harmful are the tests? They involve the repeated firing of commercial air guns into the water every 10 seconds for months at a time.  These blasts are 16,000 times louder than a 120-decibel air horn, which when blasted in the halls of Congress, made many people noticeably jump. At a hearing of the House Natural Resources Committee, Congressman Joe Cunningham of South Carolina demonstrated just how uncomfortably loud it is. It was Congressional oversight at its best – watch the video below to see for yourself. And even the Trump flack had to admit it was bad, but even more damning was his admission that he had no idea of the gravity of the harms to marine mammals that are caused by the seismic tests he approved.

It is a good thing that Members of the House of Representatives are empowered now to act – to hold hearings and to hold the Trump Administration accountable for their unpopular policies. Working with IFAW and other environmental groups, Democratic members also introduced two bills this past week to put government resources and research behind finding solutions to the Right Whale extinction threat. Despite this legislative pressure, however, the Trump Administration will no doubt continue to twist the science and dispute the facts and drill down on offshore drilling.   So environmental groups like Oceana have also taken to the courts to fight for the Right Whale – challenging the Trump Administration’s suspect determination that no animals would die as a result of the ear-splitting tests. Diane Hoskins, the campaign director at Oceana told the Washington Post, “This action is unlawful, and we’re going to stop it.”

But the best answer of all for the Right Whale is blowin’ in the wind – Vineyard Wind to be exact. Vineyard Wind is going to install a renewable wind farm of more than 80 turbines about 14 miles off the Massachusetts coast that will provide enough clean energy to power 400,000 homes.  Unlike the oil and gas companies who deny the environmental impacts of their testing on the whales, the renewable wind developer behind several wind projects has pledged to conduct its operations in a manner that will do everything possible to conserve the Right Whale. Vineyard Wind signed an agreement in January with the Conservation Law Foundation (CLF) and other environmental groups under which they will take historic steps in their first wind development off Massachusetts to (1) limit turbine construction to times of the year when right whales are least likely to be in the area; (2) use extensive shipboard, aerial, and acoustic monitoring to monitor whether right whales are nearby; (3) delay or suspend construction when whales are spotted until the whales have left the area; and (4) use noise-dampening technologies to avoid injury to right whales and make the turbine installation less disruptive.  This agreement will be the model for all future wind developments that could impact Right Whales.

Wind energy is on the rise now. Wind power is so much in demand that the right to develop the Vineyard Wind site — in the heart of whale country in the ocean waters south of Martha’s Vineyard – sold for a record-breaking $405 million. At the same time, drilling for oil and gas along the eastern seaboard is opposed by every governor and most other elected representatives up and down the coast. Residents of these states – north and south, red and blue – do not want to lose their precious whales or their pristine beaches to oil and gas drilling. I can relate – I spent much of my time at the National Oceanic and Atmospheric Administration (NOAA) working to encourage, and even require better conservation of these majestic mammals.

No one in the government had to force Vineyard Wind to take these precautions – they did it because saving the Right Whale is the right thing to do. And this, along with Congressional action and meaningful litigation to keep the Trump Administration in check as much as possible, is reason for hope. As IFAW’s Allgood said, “If human activity has brought the right whale to this critical tipping point, then human proactivity, collaboration, and innovation can save it.”

To Go Deeper: Two short reads worthy of your time are this Op/Ed by Beth Allgood of IFAW on the threats facing Right Whales, and this blog by Priscilla Brooks of CLF on how Right Whales and wind farms in the ocean can co-exist.

This editorial has been updated to reflect that the Governor of Maine on February 25th announced the state’s opposition to offshore drilling.  H/T to Priscilla for letting us know!  Great news!