California’s Summer of the Great White 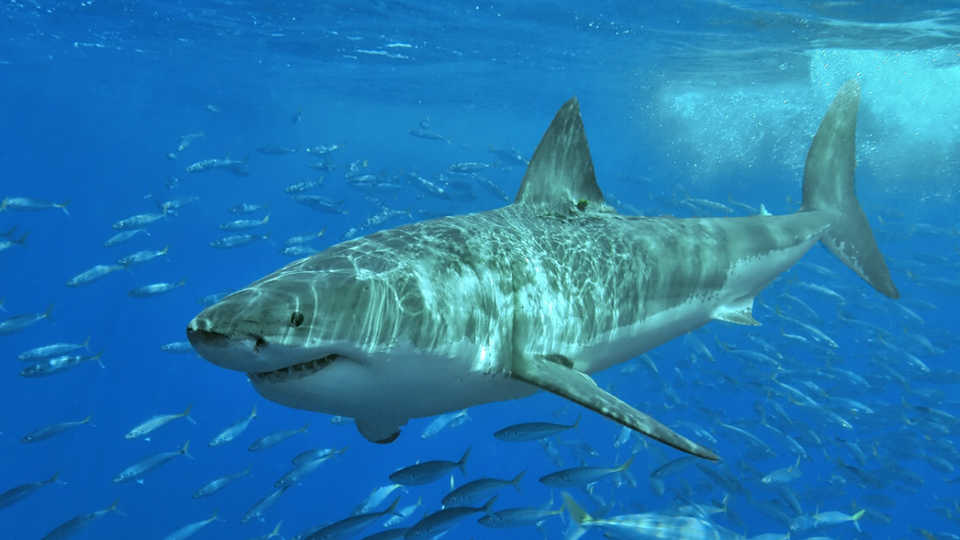 Great white sharks have always lived off the coast of California but this summer they’re showing up in staggering numbers, leaving beaches with “swim at your own risk” signs. Great whites have been spotted in Half Moon Bay, Monterey Bay and even for the first time in known history in the San Francisco Bay when a fisherman inadvertently hooked an 8-foot shark near Alcatraz Island. In fact, sitings of the biggest sharks this summer have been visible from planes, flown both by commercial pilots and sheriffs in helicopters who recently spotted a 13-15 food great white off Bodega Bay.

What’s Going On?: As the Guardian explained, “juvenile great whites typically reside in the balmy waters of southern California, near the US-Mexico border. But the fish have increasingly wandered north in the past few years, leading to frequent sightings in the Monterey Bay since 2014. Scientists suspect the warming temperatures of the ocean may play a role in the sharks surprising movements.”

Swimming Deeper: A deadly warm patch of water off the coast of California known as the Blob along with recent El Niño years have kept juvenile sharks in a “nursery” in Monterey Bay and since juvenile sharks tend to return to hunting grounds they’re familiar with, scientists are speculating that the bay may become a new birthing area for great whites.

Why This Matters: Does this mean that people shouldn’t swim in California beaches? No (because the chance of a great white encounter is still very low), but if you’re planning on swimming, surfing, or kayaking you should keep a couple of things in mind about great whites and how they might interact with humans. As the California Academy of Sciences explained, only 99 unprovoked attacks by sharks (all or nearly all have involved the white shark, Carcharodon carcharias), resulting in 9 fatalities, have occurred in California history. Climate change will change and likely expand the territory of the great white off the West Coast and as our planet warms we’re going to have to manage how we interact with migrating wildlife.