Notice: WP_Block_Type_Registry::register was called incorrectly. Block type "core/video" is already registered. Please see Debugging in WordPress for more information. (This message was added in version 5.0.0.) in /var/www/wp-includes/functions.php on line 5664
 4 Million Gallons Of Sewage Spill Into Puget Sound | Our Daily Planet 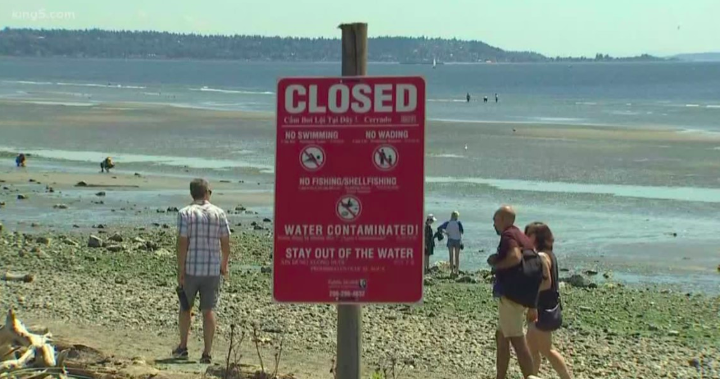 Authorities in King County (Seattle), Washington are investigating why two large sewage treatment plants failed late last week, causing the release of approximately 4 million gallons of untreated sewage into Puget Sound and forcing the closure of the Sound for swimming and fishing at several popular beaches over the weekend.  The discharges occurred when the plants temporarily lost power and their back up power supplies did not work either.  Most of the beaches will re-open for swimming today.

Why This Matters:  Sewage overflows into lakes, rivers and coastal waters are happening all too often now – thousands of them across the U.S according to a recent report.  Strong storms and flash flooding are overwhelming many water treatment systems — we have seen that happen in the midwestern floods this spring, in Washington, D.C, and now Seattle, among others.  This kind of pollutions is serious.  Coming into contact with untreated sewage can cause serious illnesses including gastroenteritis, skin rashes, and upper respiratory infections, and children and the elderly may be especially vulnerable to such waterborne illnesses.  Violations for spills like this one, particularly when they are part of a pattern, must be enforced — industry must not think spills like this one are just part of the cost of doing business.