Are floating cities the solution to sea level rise and global housing shortages? 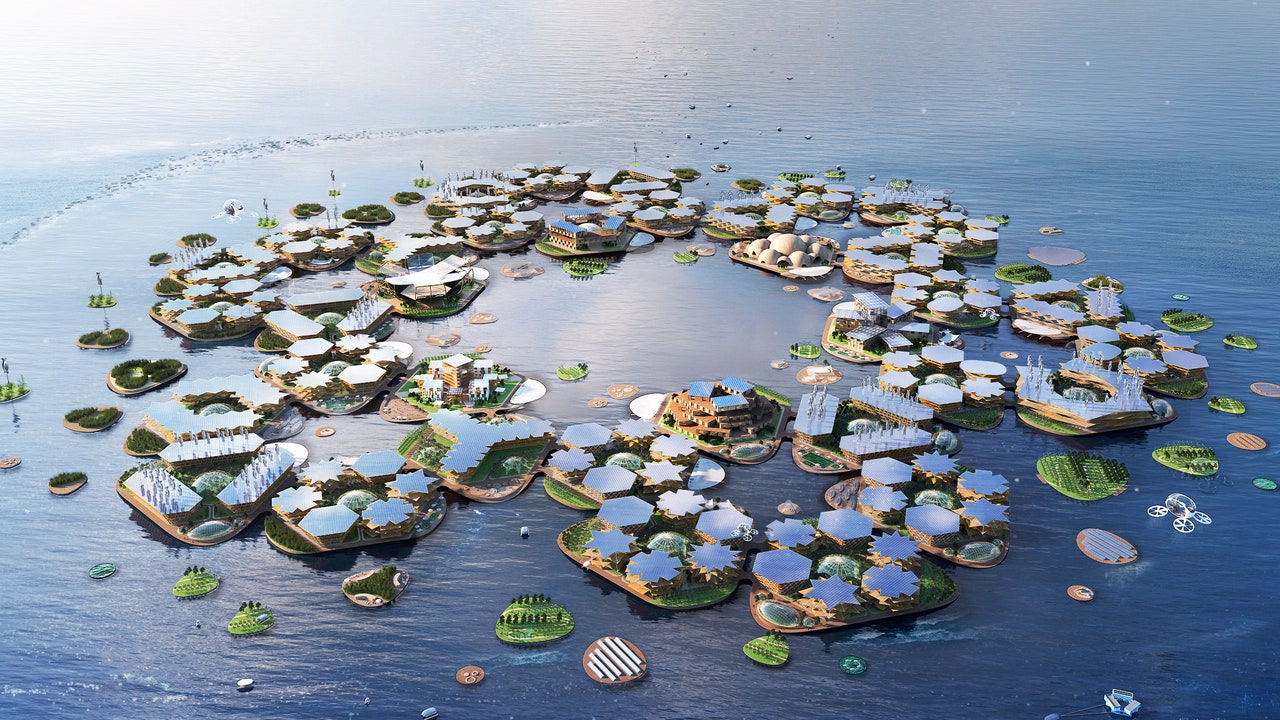 The thought of floating cities sound like something out of a sci-fi novel or the movie Water World but some voices in the sustainability world think that taking our cities offshore could be a solution to massive housing shortages and rapid sea level rise that’s being caused by global climate change. A non-profit called Oceanix recently presented its prototype for a floating city at the UN and officials welcomed the proposal (though they haven’t yet signed onto any formal plan to create the cities.)

As NatGeo explained, Oceanix and its partners (including the Danish architect Bjarke Ingels) “envision an eventual galaxy of satellite “cities” built where coastal urbanization is hitting limits. They would consist of mass-produced, storm-worthy hexagonal floating modules, towed into position, moored and connected in larger arrays topped by sustainably built housing, workplaces, recreational and religious facilities, and the rest. Ferries and drones would be a tie line to shore. The communities would be sustained as much as possible with local solar and other renewable energy, recirculating water and rainwater, and local food production.”

But what are the challenges?

More from NatGeo: “Scale of course is perhaps the grandest challenge. There are plenty of floating structures around the world now. The low-lying Netherlands, long in the lead on such efforts, has a prototype floating dairy farm in Rotterdam, and is home to a new Global Center on Adaptation to climate change—housed in a floating building. But the farm is designed for 40 cows.”

Oceanix CEO Marc Collins notes that his company’s concept centers on eventual mass manufacturing of the basic floating units, which can then be towed anywhere in the world, offering the same economies through manufacturing efficiency that so deeply cut the cost of everything from furniture to solar cells.

Why This Matters: Even if we rapidly act to curb our greenhouse gas emissions, we will still likely experience sea level rise for centuries to come. This means that over 1 billion people are at risk from rising seas and in most places, this means that expensive and densely populated housing will become even more scarce. While some might dismiss Oceanix’s vision as far-fetched, the company stressed that building floating cities will take the support of governments to make sure these places are equitable and not just a place for the rich to shelter themselves. With the future of our planet so uncertain, we can’t rule out this idea.