Notice: WP_Block_Type_Registry::register was called incorrectly. Block type "core/video" is already registered. Please see Debugging in WordPress for more information. (This message was added in version 5.0.0.) in /var/www/wp-includes/functions.php on line 5664
 Australia’s Sizzling Summer of 2019 | Our Daily Planet 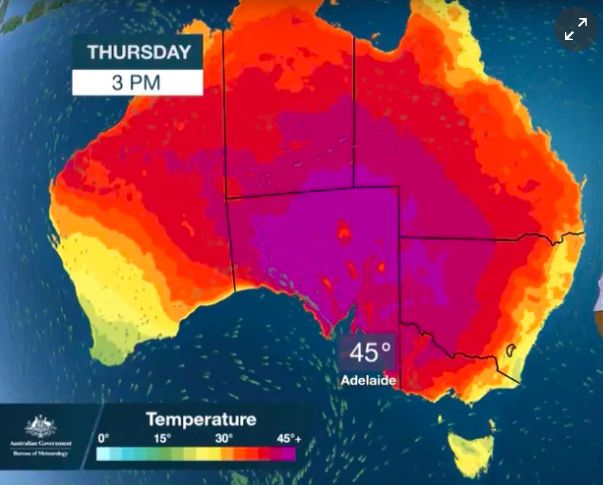 This summer Australia shattered its heat records, with temperatures nationwide 3.8°F, above the 1961-90 average, according to Australia’s Bureau of Meteorology (BOM).  In a summary put out by the Bureau, they summed it up this way, “Mean and maximum temperature for the season broke previous records by large margins; both almost one degree above the record set in 2012–13.”  Here are some of the other “highlights” from the government’s summer heat summary report:

The implications are far-reaching. For example, Reuters reported that Australia’s severe heat resulted in several industries taking a hit, including the $4.4 billion wine industry with grape yields set to drop to the lowest in years.  Wildfires are continuing to torch the Australian state of Victoria — firefighters struggled to battle 25 blazes there on Sunday, with more than 2,000 firefighters, water-bombing aircraft and volunteers on the front lines.

Why This Matters: This is continuing a string of years of extreme summer heat in Australia, and the Bureau of Meteorology there stated that the “pattern is consistent with observed climate change….This means that natural climate variability sits on top of this background warming, and temperature records are likely to continue to be broken in the coming years.”    Those high temperatures — exceeding both high temperature and low temperature records, will impact human health as well, not to mention cause power demand to increase for air conditioning.  Temperatures like these are beyond uncomfortable, they can be deadly, and many there are not prepared for them.  There will be an election in May in Australia and many are predicting, particularly after this hot summer, that climate change will be a key issue there too.