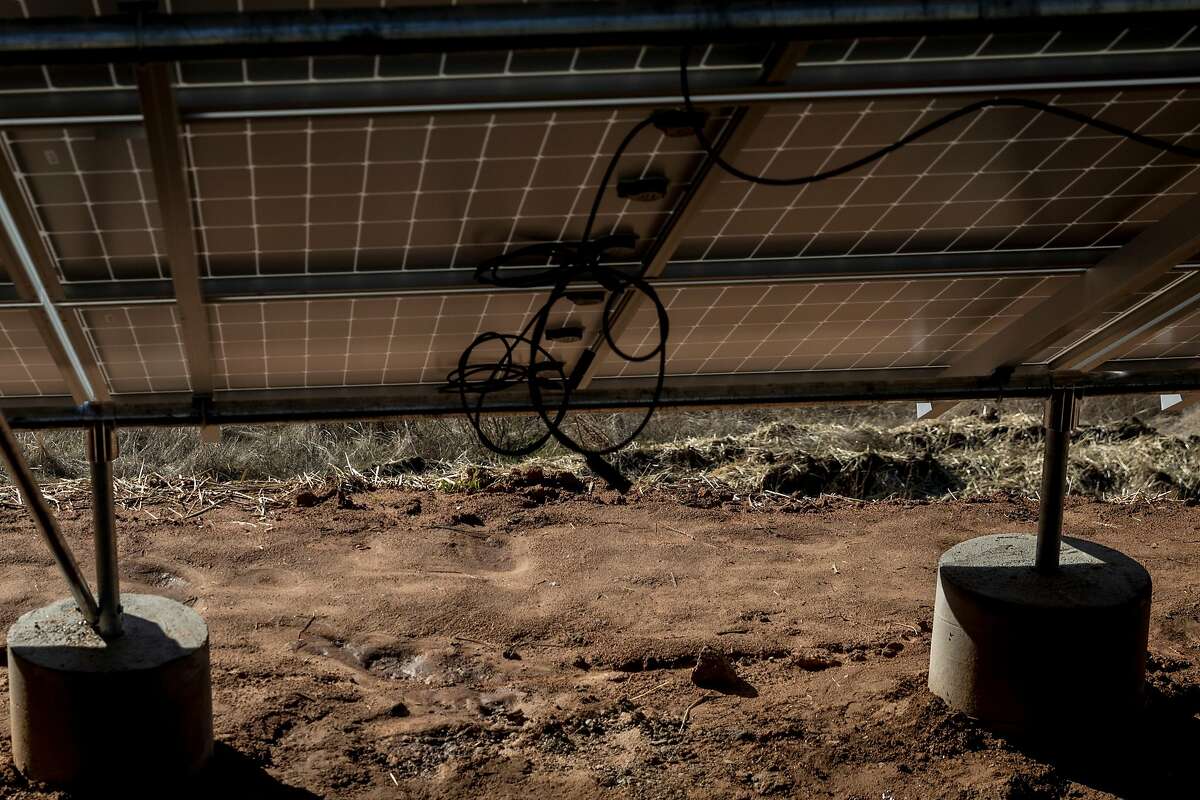 We wrote recently that after the massively destructive wildfires in California in 2017 and 2018, the state’s largest electric utility, PG&E, was facing criticisms that large utilities have become an obsolete way to provide power to people in a state prone to wildfires. The argument is that PG&E is incapable of managing risk and its response to high fire danger conditions has been inadequate. Recently, as the SF Chronicle reported, PG&E sent its customers letters letting them know that the utility could intentionally turn off power lines when extreme weather conditions elevate the risk of utility equipment sparking dangerous wildfires. PG&E had never done a planned power outage but has recently embraced them as a defense measure of last resort, particularly during periods of intense winds and very low humidity levels.

For many customers, prolonged power outages just won’t do: like Côme Lague who owns La Mesa Vineyards in the Sierra Nevada foothills. His argument is that if his grapes are being crushed and processed then a power loss can cause all the fruit to go to waste. Lague decided to take matters into his own hands and install enough solar panels at his winery that if PG&E were to shut off power he would still be able to run his business. This model of distributed energy resources (DER) are becoming increasingly popular in California especially since the state government heavily helps support solar installation. Brad Heavner, policy director for the California Solar & Storage Association (CSSA) explained to the Chronicle that lawmakers could take steps to speed up and simplify how customers connect new solar projects to the grid and also consider creating a mechanism to compensate customers for using batteries to share power with the electric grid as well as taking a look at providing some kind of financial support for emergency centers that need help installing solar panel and storage systems

Why This Matters: Through distributed energy generation, energy is created where it’s needed, not thousands of miles away where it has to travel along transmission lines that can spark deadly fires. With advancements in battery storage systems, the entire business model of electric utilities is threatened. As Bernadette Del Chiaro, executive director of CSSA elaborated on how utilities have treated distributed energy: “Their track record is one of obstructing self-generation by customers of all types, and it’s been policymakers that have stepped in and said you have to accept this.” The state has been testing out a pilot that allows utilities to help support DER among its customers as an alternative to upgrading their electricity generation networks. However, if PG&E indeed sticks its ratepayers with the liability for the wildfires they may have helped cause, then Californians may find ways to avoid utilities altogether.