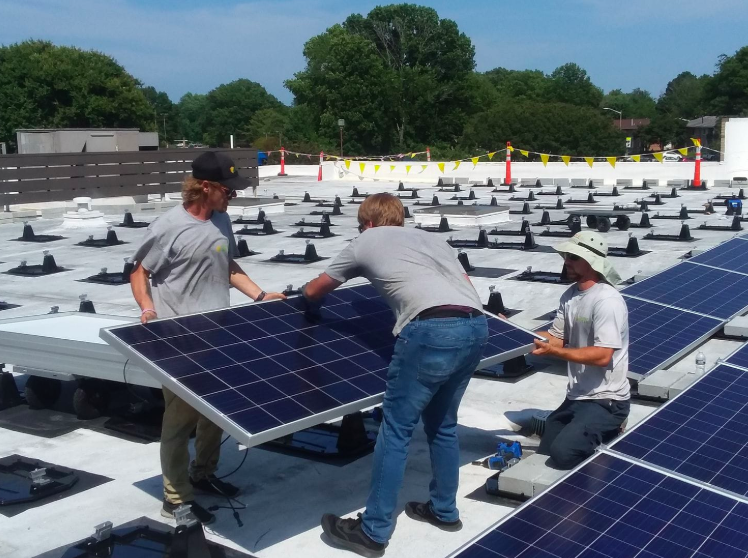 The Washington Post reported yesterday that Catholic Energies, a nonprofit organization that helps churches across the country switch to solar energy, is helping the Catholic Charities of the Archdiocese of Washington to install 5,000 solar panels, the largest ground array in the nation’s capital, on a 5-acre plot owned by the Archdiocese that will provide Catholic Charities enough energy credits to offset the electricity costs of 12 of its properties across the District.  This is the second energy-saving project for Catholic Energies which just finished an installation of 440 solar panels on the roof of a Virginia church last month.  And the DC solar panels will sit atop a “pollinator meadow” of 650,000 nectar-bearing, flowering plants including black-eyed Susans, orange coneflowers and milkweed that are intended to invigorate local bee and butterfly populations.

Why This Matters:  This just goes to show that when the leader at the very top of an organization, such as a Pope or a President, provides leadership and moral direction, people will make it happen.  Pope Francis has often spoken out and convened leaders from around the globe urging them to address climate change.  He said in his 2015 Encyclical, “What kind of world do we want to leave to those who come after us, to children who are now growing up?” And he pressed for an “ecological conversion” by Catholics, imploring them to take care of the planet — to embrace things like recycling, tree planting and carpooling.  Amen to that.  Hopefully, more faith-based organizations will do the same.