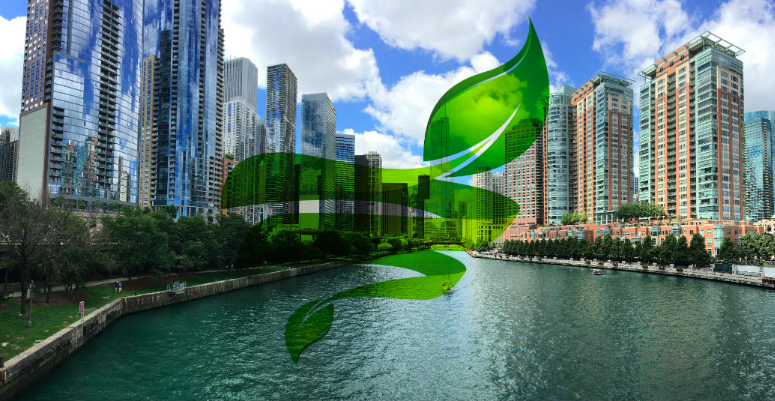 In one of his final acts as Mayor of Chicago, Rahm Emanuel ushered through the city council a resolution to commit the city to run on 100 percent renewable energy by 2040, ten years earlier than the state of Illinois requires, and making it the largest city in the U.S. to do so.  The new law requires:

The resolution was the result of a collaboration by numerous local citizens groups, including the Climate Reality Project Chicago Chapter, the Illinois Sierra Club, IBEW Local 134, People for Community Recovery, SEIU Local 1, Citizens Utility Board, and other environmental, education, youth, and labor groups.  The state of Illinois also has a very ambitious climate change agenda as required by the Illinois Clean Energy Job Act, which aims to move the entire state to 100 percent clean energy by 2050.  According to the Sierra Club, in 2018, Illinois had the second-highest solar job growth of any US state—it now ranks 13th as far as total solar jobs nationally.

Why This Matters:  Chicago’s air is not exactly crystal clean and clear.  It ranked as the 22nd most polluted city in the US in 2018, and the American Lung Association gave the city an F grade in its annual State of the Air report. Asthma rates there are very high — of the city’s 2.7 million residents, more than 683,000 adults and 170,000 children in the Chicago area suffer from asthma.  The worst of the pollution there is concentrated in African American and Latino neighborhoods in the city’s south, southwest, west and northwest sides, raising environmental justice issues. It was an impressive joint effort by local labor, education and environmental organizations.  This is the kind of collective effort we will need to make similar policies a reality at the national level.  The Windy City’s nickname just became even more fitting.

To Go Deeper:  You can read the Chicago City Council Resolution by clicking this R2019-157.pdf link.