Climate change could cause Earth’s cooling clouds to disappear 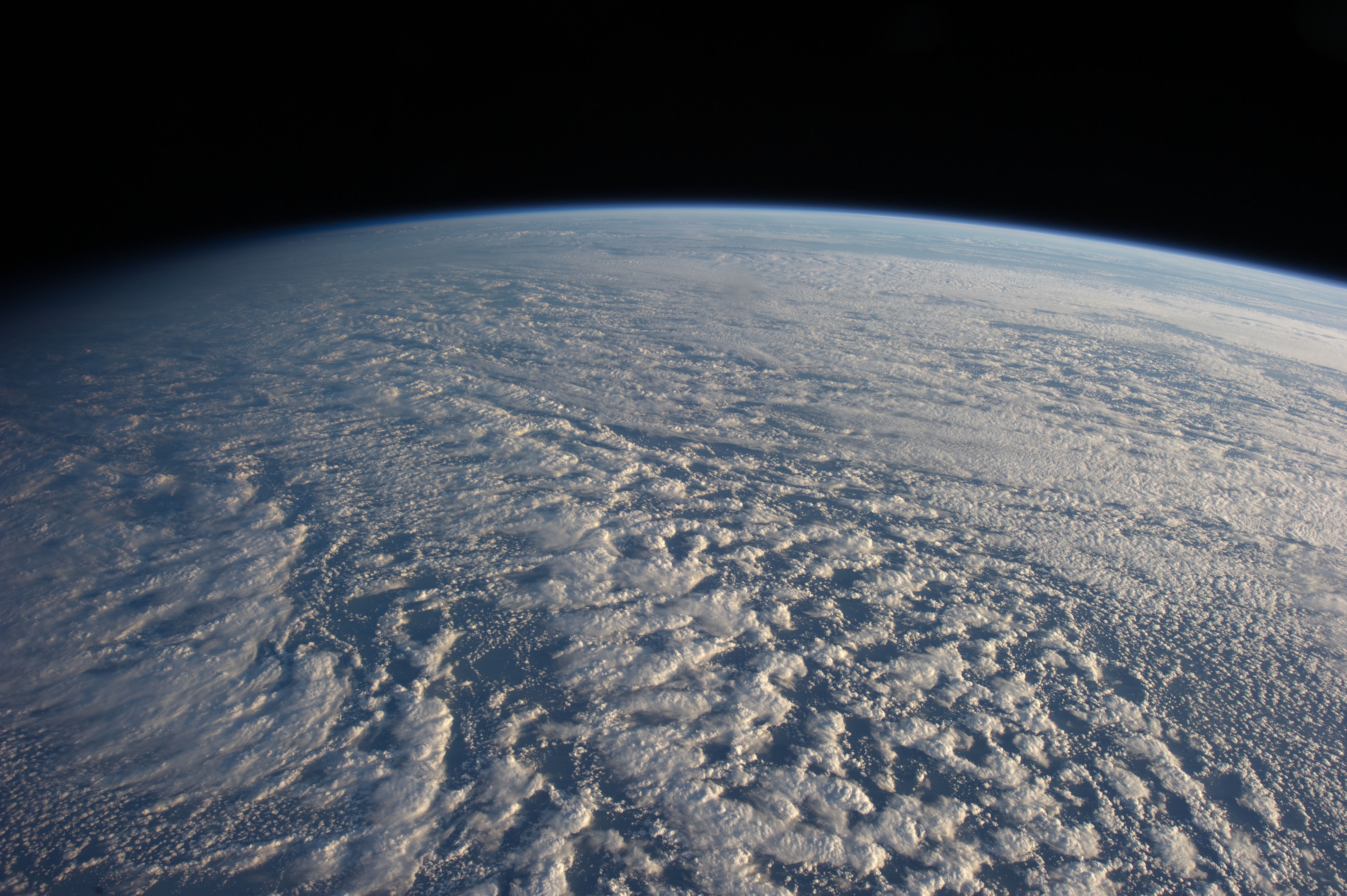 Stratocumulus clouds as seen by crew on the International Space Station over the northwestern Pacific Ocean. Photo: NASA

A new study published by Cal Tech researchers in the journal Nature Geoscience has discovered that climate change and increased atmospheric CO2 could cause stratocumulus clouds to disappear. While stratocumulus clouds aren’t as fluffy as cumulus clouds or as majestic as whispy cirrus clouds, they do cover 20% of the low-latitude oceans and are especially prevalent in the subtropics where they cool the Earth by shading large portions of its surface from sunlight. Tapio Schneider who lead the study explained that his data led him to hypothesize that very high levels of atmospheric carbon dioxide could suppress the formation of stratocumulus cloud decks and also prevent them from reforming until CO2 levels had reduced once again.

When stratocumulus clouds disappear, the Earth warms dramatically, by about eight degrees Celsius (14 degrees Fahrenheit) — in addition to the global warming that comes from enhanced greenhouse concentrations alone. This type of warming would be astronomical. At current rates of CO2 pollution — known as the “business as usual” scenario — “the 1200 ppm value will be crossed by 2104,” Malte Meinshausen, director of the Climate and Energy College at the University of Melbourne, told AFP, citing a study to be published later this year. AFP also noted that the findings may solve a long-standing mystery about the early Eocene Epoch when temperatures were about 12C (53F) warmer than today. As the Washinton Post explained, for decades, scientists have known that 55 million years ago, the Earth endured a strangely hot phase called the Paleocene Eocene Thermal Maximum (PETM)–the famous “crocodiles in the Arctic” period–but haven’t been able to determine the cause.

Why This Matters: Science keeps uncovering new effects resulting from climate change should we stay on our current GHG emissions trajectory. We still don’t fully know how drastic the effects of a warming will be but most evidence points to the fact that it won’t be pretty. While this study illustrates a possible scenario and is not proven we should nonetheless seriously consider its findings. Schneider himself remains cautiously optimistic and told the Washington Post that “I hope there’s going to be sufficient technological progress that we’re not going to get there. But it’s not outside the realm of the possible.” However, this technological progress will require swift action from Congress and such should be a major topic in the 2020 presidential race.

by Miro Korenha, co-founder/publisher of Our Daily Planet Like many West Coast transplants to the East, I’ve spent the past decade feeling torn between the city where my professional life is rooted and my home state of California where my family lives. This summer seemed like an opportunity to have the best of both worlds: […]

After heavy seasonal rains late last month and in early September, in Sudan, the White Nile and the Blue Nile, its main tributary, have flooded, causing the death of over 100 people and the damage of over 100,000 homes, leaving hundreds of thousands homeless.

Why this matters:  Climate change-related flooding is devastating the country. More than 500,000 people have been affected in 17 of the country’s 18 states.

China’s Surprise Commitment to Be Carbon Neutral by 2060

Yesterday at the annual meeting of the United Nations General Assembly, Chinese President Xi Jinping pledged to achieve “carbon neutrality before 2060” with the aim of hitting peak emissions before 2030. China had choice words for the Trump administration and its complete lack of international leadership on climate change action. Chinese foreign ministry spokesman Wang […]