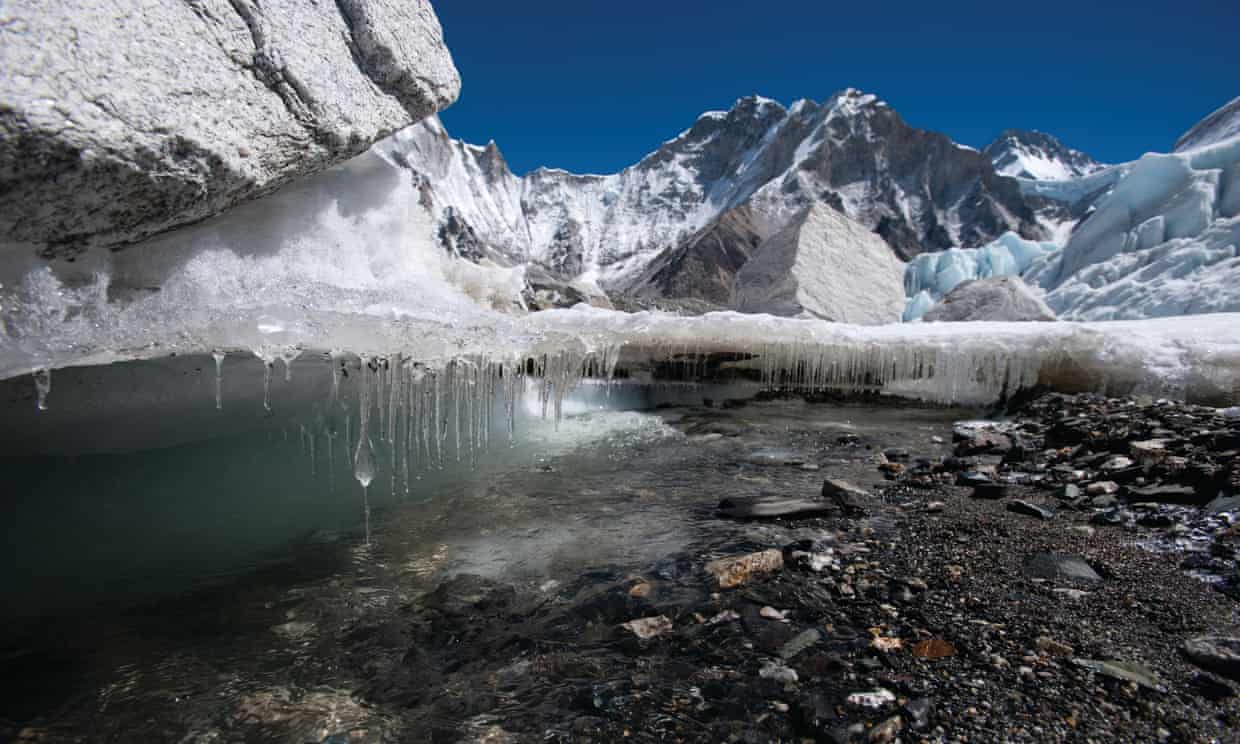 The Himalayan range is home to our planet’s highest peaks and it would be easy to assume that it’s protected from the effects of climate change due to this staggering altitude. Unfortunately, as it turns out, neither the ocean floor nor the tallest mountain is immune from planetary warming as a new study has discovered that rising heat will melt at least one-third of the region’s glaciers by the end of the century even if the world’s most ambitious climate change targets are met.

The New York Times explained that the Hindu Kush Himalaya Assessment concluded that if those goals are not achieved, and global warming and greenhouse gas emissions continue at their current rates, the Himalayas could lose two-thirds of its glaciers by 2100. Under those more dire circumstances, the Himalayas could heat up by 8 degrees Fahrenheit (4.4 degrees Celsius) by century’s end, bringing radical disruptions to food and water supplies, and mass population displacement. Glaciers in the Hindu Kush Himalayan Region, which spans over 2,000 miles of Asia, provide water resources to around a quarter of the world’s population.

Why This Matters: This report is a reminder that there will be repercussions, both abroad and here at home, for global slow-walking on climate change. However, it doesn’t mean that we can give up. If anything this is a wakeup call that no place on Earth will escape the effects of climate change and that we must hold our elected officials accountable to enact meaningful action to reduce carbon emissions.

Go Deeper: For the first time in 6 years the House Energy and Commerce Committee will hold a hearing about climate change Wednesday morning, you can check here for more information and a link to a live stream. The House Natural Resources Committee will also hold a climate hearing at the same time. Also, while we’re not hopeful that President Trump will address climate change during tonight’s State of the Union address, we’d love to be proven wrong!