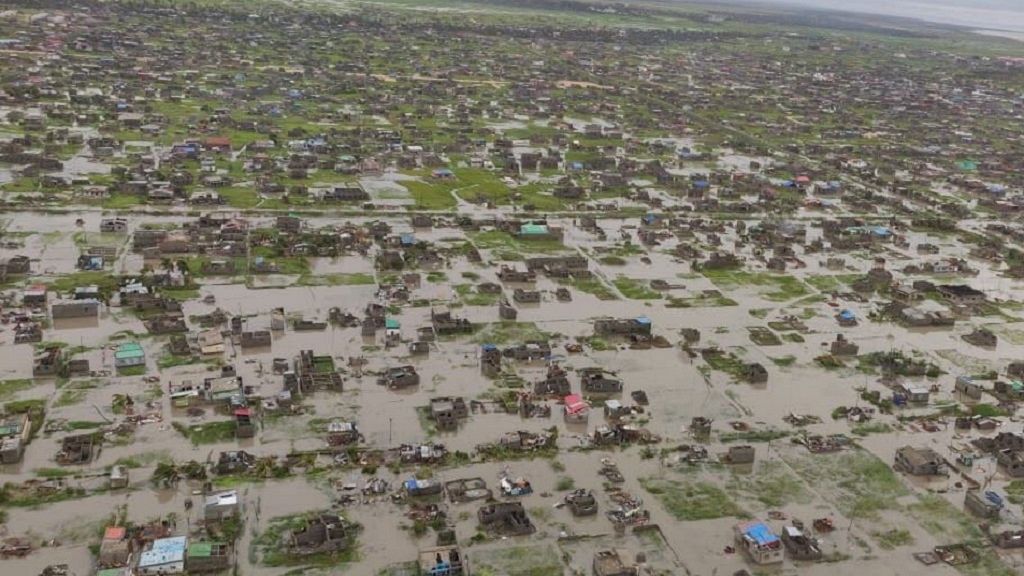 Late last Thursday when Cyclone Idai slammed into the western coast of Africa north of Beira, Mozambique (an Indian Ocean port city of a half-million people) the category 3 hurricane devastated regions of Mozambique, Zimbabwe and Malawi. Several days after the storm the and as losses are being tallied, the Red Cross has reported that more than 215 have been killed as a result and as AP reported, Idai could prove to be the deadliest storm in generations to hit Mozambique, the impoverished southeast African country of 30 million people. Accuweather added that Mozambique’s President Filipe Nyusi told Radio Mozambique on Monday that the number of fatalities from the storm may reach 1,000. So far 1.5 million people have been affected by the storm.

The Red Cross also reported that communications have been severed in Beira which is Mozambique’s fourth-largest city and it’s 500,000 residents are still without electricity. What’s most startling is that Africa News reported 90% of Beira has been wiped out. As Jamie LeSueur, who is leading the Red Cross assessment team into Beira reported, “The situation is terrible. The scale of devastation is enormous. It seems that 90 per cent of the area is completely destroyed. Beira has been severely battered. But we are also hearing that the situation outside the city could be even worse. Yesterday, a large dam burst and cut off the last road to the city.”

Why This Matters: The devastation experienced as a result of Idai once again depicts how climate change can take storms from bad to utterly devastating. As the BBC explained, Beira saw the worst of the storm despite the fact that it has worked to limit the effects of rising waters brought about by climate change through a series of infrastructure projects. The city is also sinking and rising sea levels can make a storm surge from a cyclone far more deadly. Poor and especially poor coastal areas around the world will continue to bear the brunt of climate change despite the fact that they’ve done little to contribute to it.

What You Can Do: Please consider making a donation to UNICEF who is on the ground helping families in affected parts of Africa meet their most basic needs during this very difficult time.

Rising Temperatures Could be a Game-Changer for Major League Baseball

Environmental Destruction Could Be Defined Like a War Crime

By Ashira Morris, ODP Staff Writer Definitions matter and a new way to define ecocide could hold the earth’s biggest polluters accountable. A group of international lawyers have come up with a “historic” draft definition that they hope will be adopted by the International Criminal Court. If it is, ecocide would join just four other […]

by Amy Lupica, ODP Staff Writer A new study has found that a whopping 41 of the world’s 250 most polluting companies have yet to set goals for emissions reductions. Meanwhile, the rest are lagging on setting short-term 2030 goals. Experts say that this lack of commitment could jeopardize the world’s climate and prevent countries from creating effective […]