Notice: Trying to access array offset on value of type bool in /var/www/wp-content/themes/Divi/includes/builder/functions.php on line 2421
 Don’t kiss your hedgehog (and maybe reconsider adopting one) | Our Daily Planet

Don’t kiss your hedgehog (and maybe reconsider adopting one) 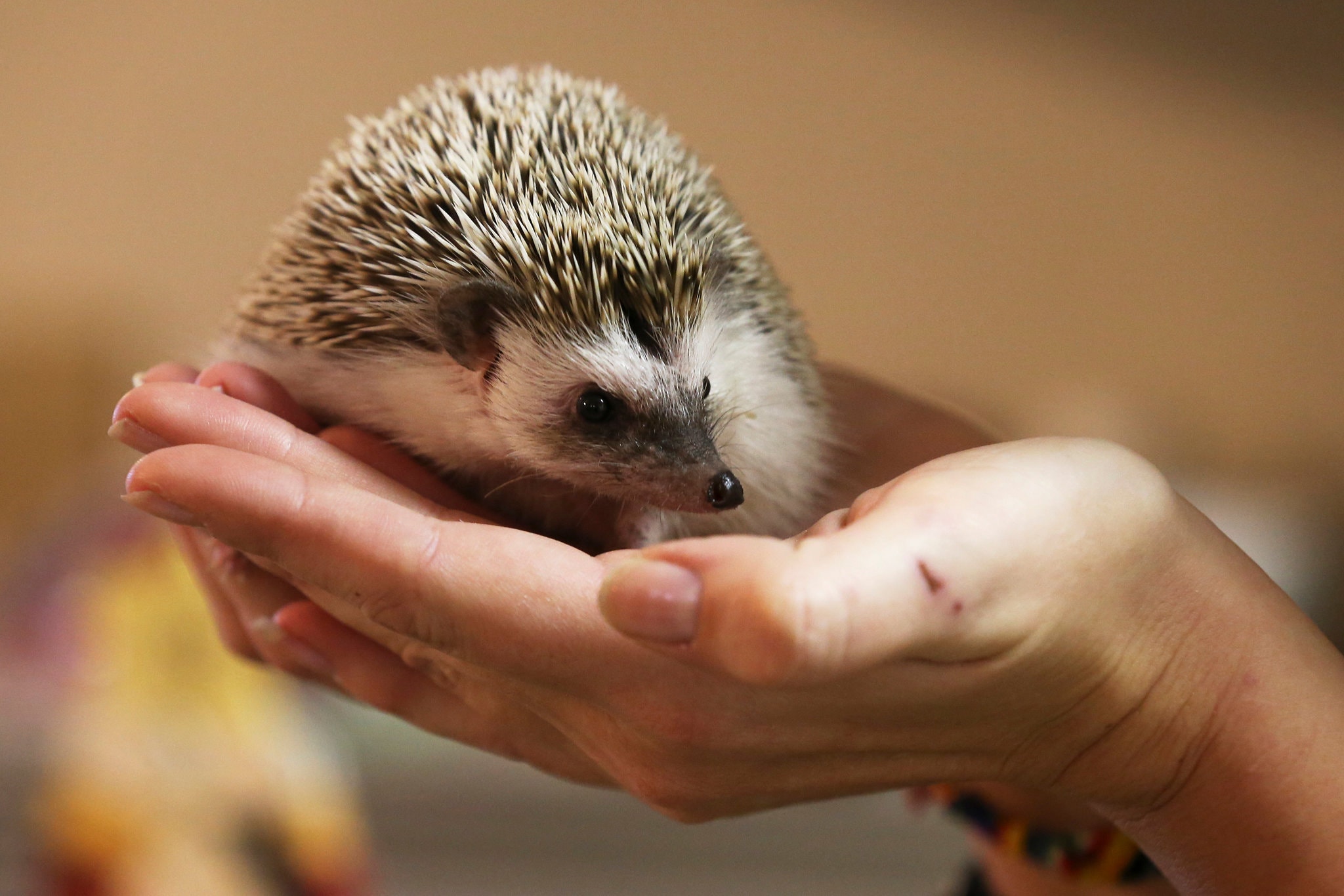 Hedgehogs have become popular pets thanks in large part to social media and videos of them taking baths and being otherwise adorable. Despite the fact that they’re nocturnal and not exactly playful, there may be another reason to reconsider a “hedgie” as a pet: they can spread salmonella to their owners. As the New York Times reported, since October, 11 people across eight states have been infected with a particular strain of salmonella, the Centers for Disease Control and Prevention reported, and all but one of those infected said they had contact with a hedgehog. The CDC warned to not “kiss or snuggle hedgehogs because this can spread salmonella germs to your face and mouth and make you sick.” No deaths have been reported and one person has been hospitalized, the CDC said. Three cases have been reported in Missouri and two in Minnesota. Infections have also been reported in Colorado, Maine, Mississippi, Nebraska, Texas and Wyoming.

Demand for wild pets is rising, and people often don’t realize what they’re getting into by adopting one. Nat Geo explained that in some cases, owners post videos of wild animals in their care, coddling them as if they were domesticated. There are, of course, animal welfare reasons not to keep wild creatures. None of them are domesticated; they evolved to live in their natural environments and not human habitations; and the exotic pet trade is known for cruel treatment and is often fed by poaching. In the case of hedgehogs, some of them have been taken from the wild which doesn’t result in a good outcome for the animal or owner. The Guardian made the case that Britons should focus on helping wild hedgehogs in their backyard rather than helping keep hedgehog breeders in business.

Why This Matters: Being a pet owner of any animal is a big responsibility and that animal’s cuteness (or trendiness) shouldn’t be the primary reason why they are adopted. Since animals that aren’t domesticated have evolved to live in the wild, human homes can prove to be quite stressful for them and they generally don’t make good pets. Not doing the proper research about an animal’s needs can cause people to grow bored with their pets, abandon them or even get sick or injured (as the hedgehog salmonella outbreak demonstrated).