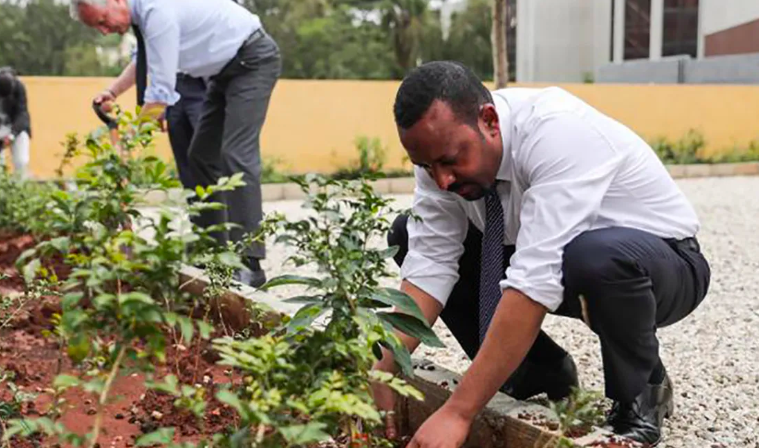 On Monday, Ethiopians around the nation planted trees — and not just a few — the citizens of the second-largest African nation planted 353 million trees in just 12 hours as part of the “Green Legacy” initiative led by Prime Minister Abiy Ahmed. This is believed to be a new world record for the number of trees planted in a day, and it exceeded the 200 million trees goal — India was the previous record holder for planting 66 million in one day in 2017.

Why This Matters:  Look what people can do when they just try.  The Washington Post’s Kathleen Parker editorialized that “At the moment, our biggest problem – climate change – can be ended by simply planting trees. OK, so a trilliont rees, according to a Swiss study published earlier this month in the journal Science. But how hard is that, really?”  I (Monica) laughed when I read it, but I am changing my tune, given what Ethiopia managed to pull off in just a day.  How hard would it be?  How many could we plant here in the U.S. if we tried creating carbon sinks instead of pulling carbon out of the ground and the ocean?  No one really thinks we can fully solve the climate change problem without curing our fossil fuel addiction, but we could make a visible start if we RE-planted

CNN reported that Ethiopia’s overall goal is  HUGE — the nationwide campaign aims to plant 4 billion trees during “the rainy season” — between May and October according to a tweet by the Prime Minister.  Why is this so important?

CNN reported that in 2017, Ethiopia joined more than 20 other African nations in pledging to restore 100 million hectares of land as part of the African Forest Landscape Restoration Initiative.
How Effective is Tree Planting?
It turns out, according to researchers in Switzerland, that planting trees is an effective way to take carbon out of the atmosphere.  Tom Crowther, one of the authors of the study, calculated that there are about 3 trillion trees already on earth — much higher than NASA’s previous estimate of 400 billion. The research team further calculated that if we planted an additional 1.2 trillion across the planet, there would be huge benefits in terms of absorbing atmospheric carbon dioxide, the main driver of climate change. 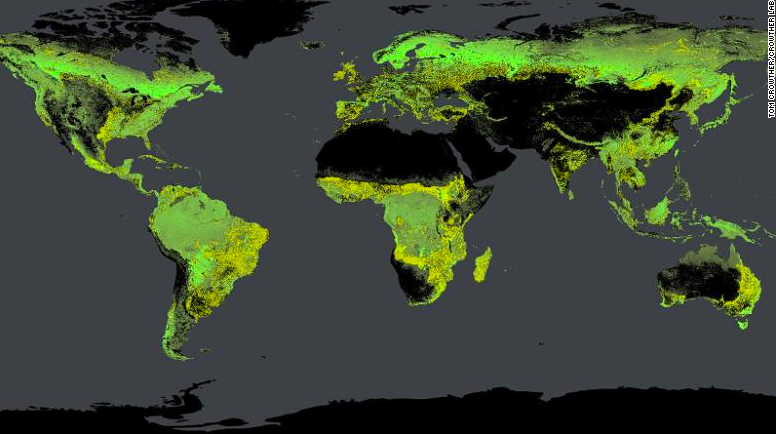 Current trees are in green and trees that could be planed are in yellow.