Extreme heat in South Florida hurts the most vulnerable 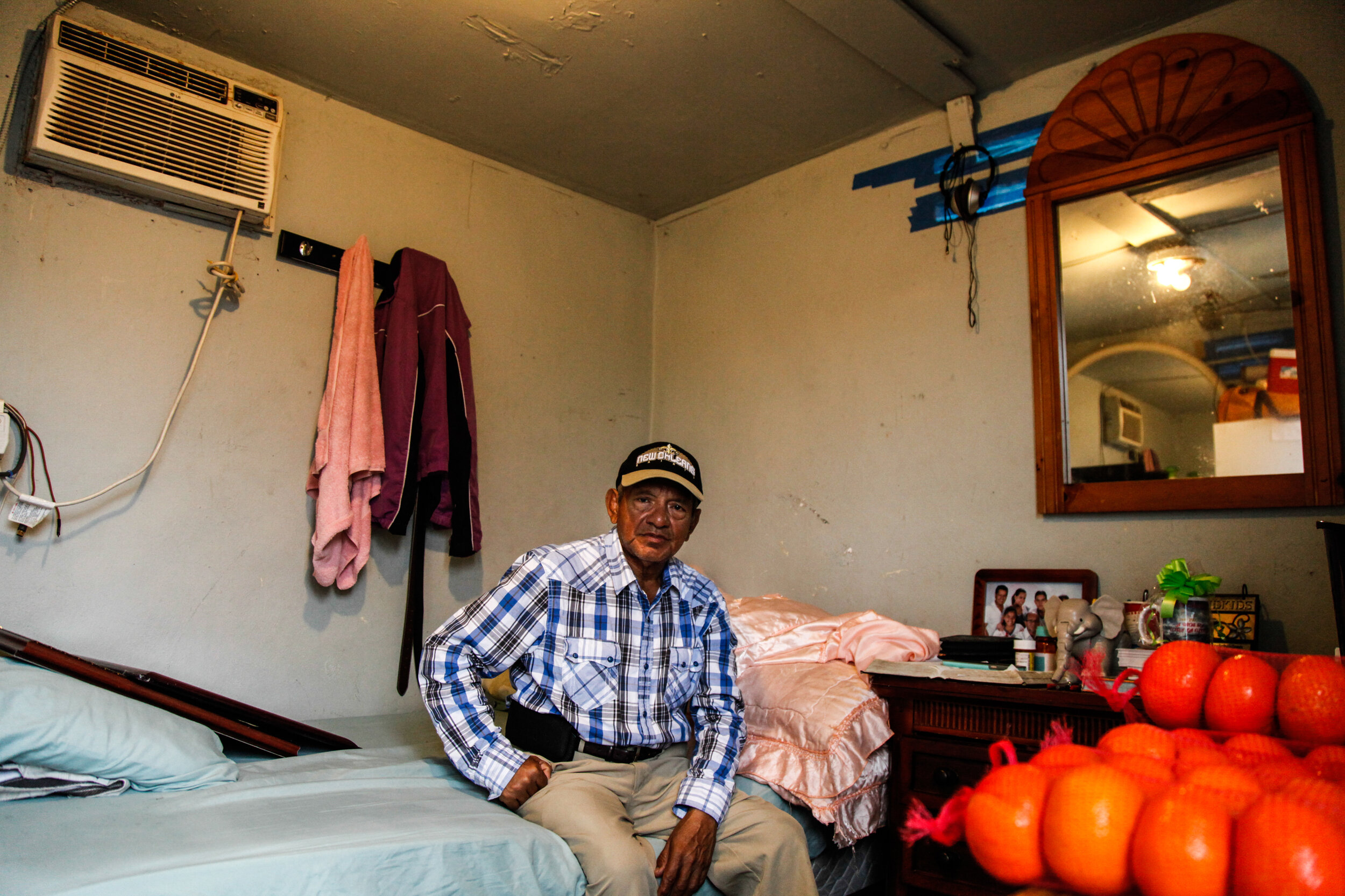 Jorge lives in a small efficiency near downtown Miami. He sells fruit on the street to make a living, and says he has felt the impacts of increasingly hot summers on his health. Photo: Maria Alejandra Cardona/NPR

South Florida is known for its heat (and not just the basketball team) but climate change is driving up average highs to a level that is threatening human life, especially for those people who live below the poverty line and face increased exposure to extreme heat. As NPR reported, “For years, that discussion had been dominated the impacts of rising sea levels. Now, the state’s medical community is sounding the alarm about the health risks associated with rising temperatures. Whether it’s a longer allergy season, air quality issues or mosquito-borne illnesses, heat is already making people sicker, they say, and the nearly 60% of Miami residents who live paycheck to paycheck could be the most in danger.”

NPR went on to explain that “The 2018 National Climate Assessment noted that the southeastern United States is already experiencing “more and longer summer heat waves.” By 2050, experts say, rising global temperatures are expected to mean that nearly half the days in the year in Florida will be dangerously hot, when the combination of heat and humidity will make it feel like it’s 105 degrees or more.” In July of 2017, Miami had its warmest month on record and this trend will likely become the new norm in South Florida.

This underscores the need to provide shelter and programs for vulnerable people like the elderly and homeless as summer heat advisories may not be working. Some cities are getting ahead of the heat to implement programs:

Why This Matters: Heat waves are causing more deaths in the United States than all other disasters combined and prolonged exposure to high heat is a huge stressor on the human body. Heat plus humidity (like all of South Florida in the summer) is also a dangerous recipe for heart disease, increased risk of mental health issues, as well as kidney disease. Extreme heat is going to become our new normal and we have to prepare our citizens for these dangerous conditions, especially the elderly and low-income/workers people who may not be able to afford air conditioning. When it comes to health problems made worse by climate change, doctors are beginning to take extra precautions with their most vulnerable patients: Florida Clinicians For Climate Action, which was founded last year, seeks to connect the dots for patients and show how their symptoms are related to a changing climate. Doctors have formed similar groups in 11 other states to help people understand that climate change will not affect the health of all Americans equally.

EPA Will Ramp Up Environmental Enforcement, Focus on EJ Communities

EPA’s acting chief of enforcement sent a memo to staff last week (that The Hill obtained) calling for them to “[s]trengthen enforcement in overburdened communities by resolving environmental noncompliance through remedies with tangible benefits for the community” with a particular emphasis on “cornerstone environmental statutes.”

Why This Matters: The Biden administration can immediately make progress correcting environmental injustice through fair and strong enforcement of current laws

A long battle over the use of a bug-killing pesticide linked to brain damage in children may be coming to an end. In a ruling last week, a federal appeals court gave the Environmental Protection Agency 60 days to ban the pesticide chlorpyrifos, commonly used on oranges, almonds, and other crops — or prove there’s a safe use of the chemical.

Why This Matters: The pesticide industry used the same playbook as with PFAS, tobacco, and oil: raise doubt about the clear science and prevent immediate action from being taken, to the harm of everyone else.

by Amy Lupica, ODP Staff Writer Decades after scientists first discovered the dangerous public health risks of the pesticide DDT, researchers have confirmed that two generations later, it’s impacting the grandchildren of women exposed in the 1950s and 60s. Those exposed to DDT before it was banned first-hand saw increased rates of breast cancer; subsequently, their children experienced higher […]