Notice: Trying to access array offset on value of type bool in /var/www/wp-content/themes/Divi/includes/builder/functions.php on line 2421
 France to Introduce New Tax on Air Travel | Our Daily Planet 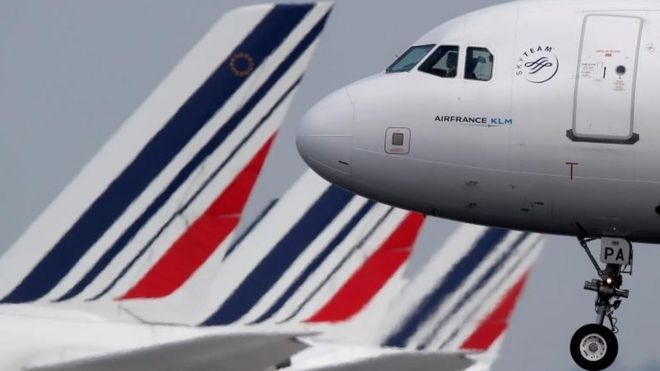 Starting in 2020, France will begin to introduce a new “ecotax” on air travel. The new charge, costing approximately $2 to $20 for every flight departing the country, will be used to generate revenue for more environmentally-friendly modes of transportation, such as rail.

Why This Matters: While this tax probably won’t stop people from flying it will tax one of the most carbon-intensive modes of transportation and hopefully improve existing and create new means of low-emission transportation to give French citizens better options.

How Much?: As the BBC reported, The tax is expected to raise about €180m ($202m) from 2020, according to French Transport Minister Elisabeth Borne. The amount of the tax will depend on the type of ticket being bought: economy class tickets on flights within France or the EU will have a tax of €1.50 imposed, business class tickets for flights out of the EU will have the highest tariff of up to €18. As One Mile At A Time explained, the tax will only apply for trips that originate in France, so this wouldn’t apply to transit passengers who are simply connecting at a French airport.

Air France Claps Back: Air France would be most impacted by this new tax and stated that it would hurt the airline’s ability to invest in less polluting planes and aggravate already high costs of operating in the country.

But It’s Already Happening in Europe: As NPR explained, similar airfare taxes already exist in other countries. In Germany, a green tax adds between 8 and 45 euros ($9-$50) to ticket prices, according to Deutsche Welle. Sweden announced a comparable flight tax in the spring of 2018.

The Environmental Cost of Flying:

What the Aviation Industry is Doing Today: Plane efficiency has improved dramatically over recent decades, despite having stalled for the past few years. More efficient aircraft and new technologies to set optimized flight paths and create fewer delays have all contributed to creating more sustainable air travel. The utilization of sustainable, lower carbon alternative fuels has also become more commonplace in the aviation industry as well. The Netherlands’ KLM was the first commercial airline to execute a commercial flight using biofuels in 2011. Although biofuel still creates emissions as it burns, it is a recirculation of already existing carbon– as opposed to fossil fuels which release fresh CO2 mass into the atmosphere when they’re burned. A study conducted by the Yale School of Forestry estimated that broad uptake of biofuels could reduce greenhouse gas emissions by up to 85% worldwide.