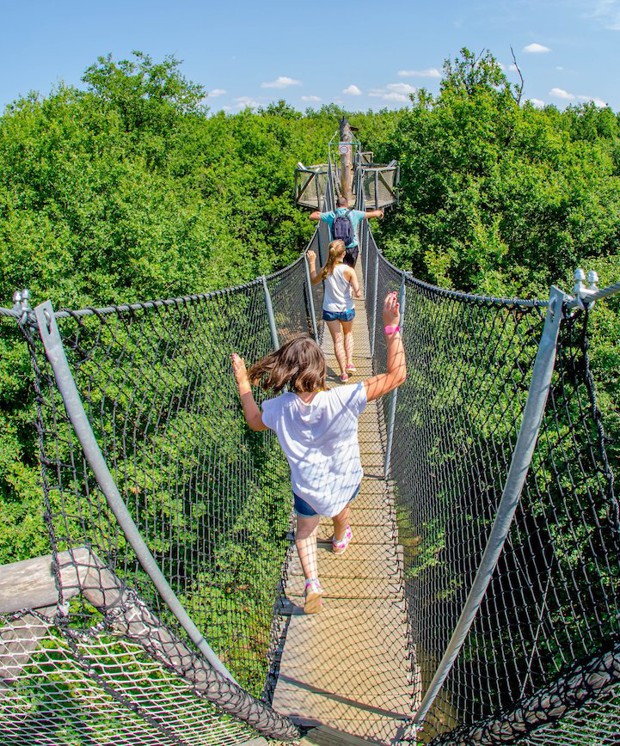 We wrote last week that climate education in American schools is seriously lacking despite the fact that parents and teachers would both like to have an expanded climate curriculum. While climate change can be a difficult subject to discuss with kids (there’s not a lot of good news), not doing so leaves kids woefully unprepared to understand the planet they will inherit. That’s why a children’s amusement park in Poitiers, France has made its mission to spread the message of conservation and climate action to children. DefiPlanet sits on 62-acres, welcomes 130,000 visitors each year and uses its exhibits to familiar children with concepts like deforestation, pollution, urbanization, GHG emissions and more. There’s no sugar-coating either, as City Lab explained, “Guests are regularly told that the planet is being destroyed and their own future threatened—sometimes with a sense of existential despair that feels distinctly French.”

Stéphanie Brunet, park director and manager, explained to City Lab in an interview that “We really want to show our customers and our visitors that everyone in his daily life, by doing small actions or changing his way of doing things, can contribute to the preservation of the planet.”

The exhibits and layout of the park take visitors on a journey through the past and the future.

Why This Matters: Some experts argue that we should prepare children and teens for the worst case scenario of climate change. Teaching children about climate change can give them context for understanding much broader issues that will likely become more extreme in their lifetimes, like refugee crises, food shortages, drought, etc. While theme parks and museums aren’t a substitute for a substantive school curriculum on climate change and conservation, here in the U.S. there are several museums/parks that aim to teach kids these topics. The American Museum of Natural History, Disney’s Animal Kingdom, Chicago’s Museum of Science & Industry as well as the Peggy Notebaert Nature Museum all have exhibits that teach kids about how climate change is affecting our planet. But maybe it’s time that we have an entire museum dedicated to the issue, as some young people have suggested!

Go Deeper: Yale Climate Collections recently compiled a good resource for how to start the climate change conversation with your kids.