Notice: Trying to access array offset on value of type bool in /var/www/wp-content/themes/Divi/includes/builder/functions.php on line 2421
 Funding Well May Be Running Dry For Frackers | Our Daily Planet

Funding Well May Be Running Dry For Frackers 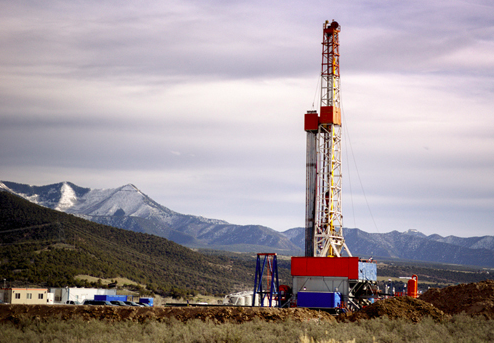 According to The Wall Street Journal, fracking companies are seeing their sources of capital on Wall Street dry up as investors are looking elsewhere given that many of the frackers have been operating at a loss for more than a decade.  The lack of capital to keep these companies liquid is forcing them to cut costs and plan for slower growth.  This is particularly true for small companies with lots of debt, but it is also happening to larger companies that are desperately trying to meet earnings targets set by their Wall Street lenders.  There are some ominous signs of trouble ahead for shale, as The Journal explained:

Up until now, Wall Street financiers had provided loans when producers were operating at a loss, which has happened every year since 2010.  The banks also helped the frackers lock in long term sales contracts to stabilize prices and avoid market volatility and provided them with revolving loans backed by those future sales of oil and gas.  Many companies are now operating on tight margins, and investors have made it clear that they have “no interest in paying for unprofitable shale drilling” any longer.

Why This Matters:  Oil has always been boom and bust and shale is no different, with producers and their financial backers suffering from a get rich quick mentality that leads to overproduction so that oil and gas flood the market, thus driving down the price.  Until now, the fracking companies had Wall Street to keep them liquid during the downturns. It is amazing that these companies are this close to the edge of going under even though recently they have received major “help” from the Trump Administration, which has rolled back environment and safety standards for fracking operations.  It seems like the fracking bubble may be about to burst.  Yet another reason why renewable energy projects are increasing, which is good news for the planet.