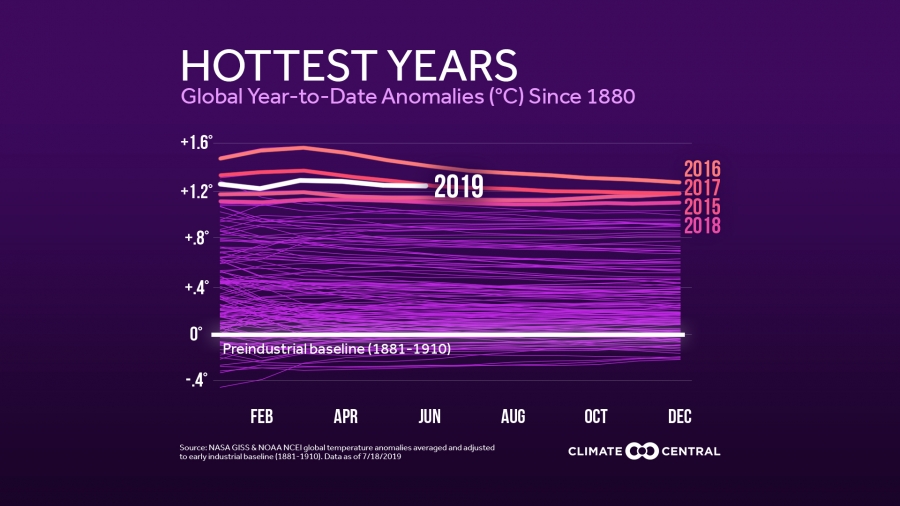 An example of the type of graphics Climate Central provides free of charge.

Climate Central is a nonprofit website that brings scientifically rigorous information about climate change to people in easy to read graphics and statistics. While we often cite them, meteorologists have been big consumers of their data, much to the chagrin of some Senate Republicans who want to nix this source of climate training for meteorologists. As the LA Times reported, “while TV meteorologists have been gobbling up reports and camera-ready graphics on climate change, the work of the New Jersey-based group has alarmed those who seek to cast doubt on the science that defines global warming. Last year, four climate skeptics in the U.S. Senate demanded an investigation of the $4 million in federal funding provided for the Climate Central program, saying it “is not science — it is propagandizing.””

The Accusations: Republican Senators Ted Cruz of Texas, Rand Paul of Kentucky, and James M. Inhofe and James Lankford, both of Oklahoma wrote a letter of protest to the National Science Foundation in June 2018 charging it with issuing grants to organizations (such as Climate Central) that they view as being in the position to influence politics. They explained in their letter to Inspector General Allison Lerner that the agency had strayed from its mission to support science and possibly violated the Hatch Act, the federal law that prohibits federal employees from taking public political positions. An internal investigation at NSF concluded that limitations on political activity at NSF were not violated in a recent memorandum to the senators. Neither was the Hatch Act.

Why This Matters: The actions of Senators Cruz, Paul, Inhofe, and Lankford are nothing more than a political stunt. These men are United States senators and have access to the best data and statistics and therefore they can’t feign ignorance when it comes to climate science. Rather they’re simply doing this for political optics. Furthermore, the data that Climate Central provides meteorologists can help them to forecast and warn people of the impacts of natural disasters such as hurricanes and tornadoes–extreme weather events that are a threat in Texas, Oklahoma and Kentucky. This information can help save lives so what reasonable person wouldn’t want it readily accessible?