Hero of the Week: Alex Weber, teen who discovered a huge source of ocean plastic pollution

Two years ago, a 16-year old diver named Alex Weber was swimming off Pebble Beach near Carmel, CA when she discovered something truly startling: thousands of golf balls from 5 local golf courses rotting on the ocean floor. As she described to NPR, “You couldn’t see the sand, it was completely white.” For the next several months Alex and her dad would haul up hundreds of pounds balls, and then, of course, more golfers would hit more into the ocean. The balls are stored in the Webers‘ garage and started to stink—a sulfuric, chemical smell that is a hint of the toxins they may be releasing into the sea, according to Golf.com. Not to mention they break down into microplastics which poses all sorts of threats to marine life.

Alex then contacted a Stanford University scientist, Matt Savoca, who studied plastic waste in the ocean who came to look at her collection of 50,000 golf balls. Savoca encouraged Alex to write a scientific paper on this source of pollution with his help  Weber, now 18 and a published author in a scientific journal, plans to apply to university to study marine science. In the meantime, she is still collecting, advocating for the ocean and keeping up her website. She says it is too bad the golf balls sink. If they floated, people would be shocked and outraged. “If a person could see what we see underwater,” she says, “it would not be acceptable.” 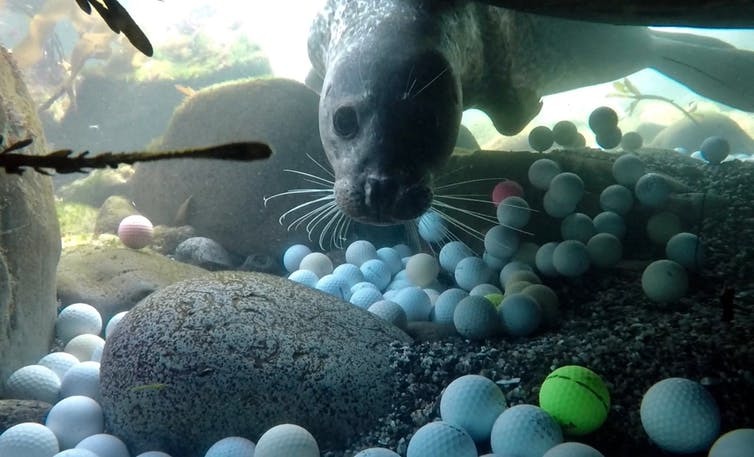