Notice: Trying to access array offset on value of type bool in /var/www/wp-content/themes/Divi/includes/builder/functions.php on line 2421
 Heroes of the Week: Belgian Kids Skipping School To Make a Point | Our Daily Planet

Heroes of the Week: Belgian Kids Skipping School To Make a Point 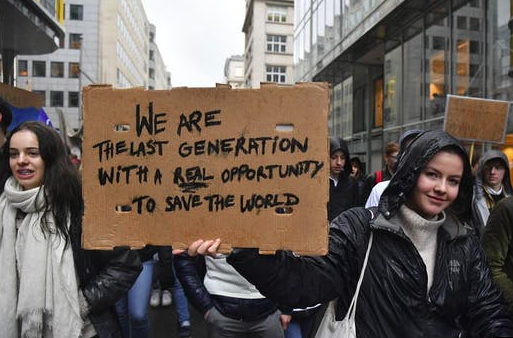 For the second week in a row, thousands of Belgian kids walked out of school and marched on EU parliament to make a point about the urgent need for climate action.  The Associated Press picked up the story, giving it worldwide attention.  Rain and cold did not deter the more than 12,000 kids — indeed, this week’s march was four times bigger than the first one.  The students seem to have been inspired by a previous hero of the week Greta Thunberg, a Swedish 16-year-old who began a strike in front of Swedish parliament last year and addressed the UN Climate Summit last December.  They vowed to keep up the weekly protests and expect their numbers to continue to grow.  Like the students here in the U.S. who are suing the government over its inaction on climate change, these kids are determined to have the voices of their generation heard.  We at ODP are here to help!