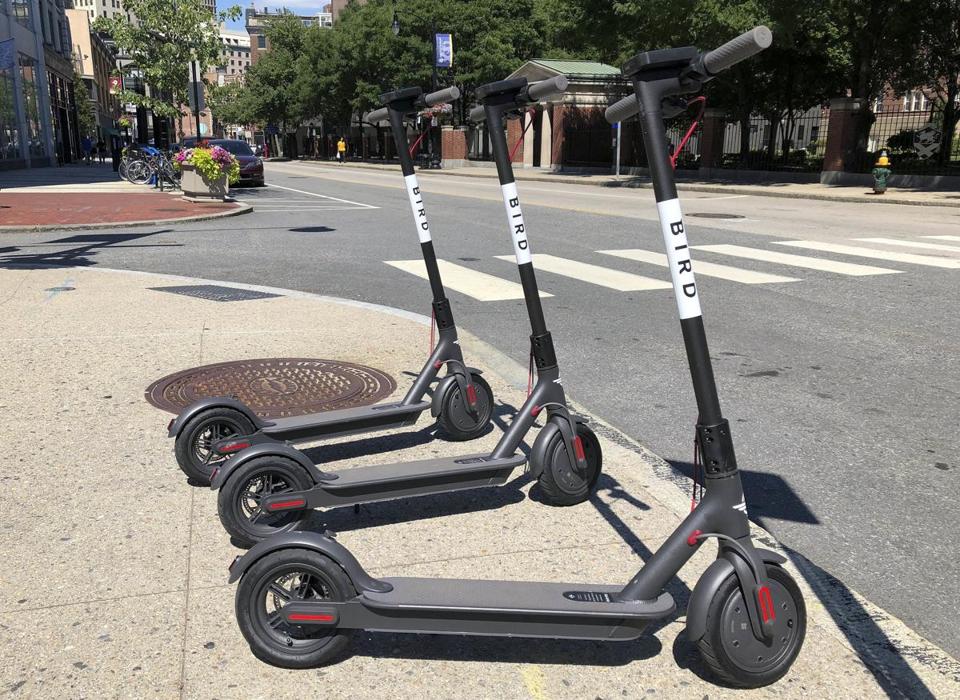 If you live in a city, chances are that you’ve seen electric scooters parked on the sidewalk (sometimes rather haphazardly) and users opting to use them over city bike-share bikes. While scooter companies Lime, Bird, and Spin offer sightseers and commuters a low-carbon transportation alternative, the uptick in scooter use has been sending riders and bystanders to the hospital, according to new research from UCLA. As Live Science explained, the study examined injuries at two emergency rooms (ERs) in the Los Angeles area, the first spot where the now-trendy rental electric scooters became available. The results showed that in just a one-year period, nearly 250 people were treated at the two ERs for injuries tied to electric scooter use. That’s similar to the number of injuries tied to bicycle use (around 200 injuries) seen at the two ERs over the same period. Many injuries resulted from riders not wearing helmets–only 4% were documented to be wearing a helmet, the researchers said.

Local laws for the use of e-scooters vary, with most cities prohibiting riding on sidewalks. E-scooter companies generally recommend that riders be at least 18 years old and wear helmets, although users seem to often disregard these guidelines. Senior author of the study Dr. Joann Elmore, a professor of medicine at UCLA’s David Geffen School of Medicine, said she thinks that electric scooter riders are “underestimating the hazards” of these vehicles.

Why This Matters: Making cities more walkable and less congested with car traffic is an attractive prospect for most metro areas. This can also go a long way in reducing GHG emissions and helping reduce smog and other sources of air pollution that pose a threat to human health. However, it’s important that as we begin to depend on more alternative methods of transportation that we use them safely and that we spread public awareness about safety precautions. Even if you think helmets are dorky, please wear them, they save lives!

PFAS in Protective Gear Put Firefighters at Risk of Cancer

The National Fire Protection Association (NFPA) has required PFAS, cancer-causing chemicals used in manufacturing, in firefighting gear for years despite cancer being the leading killer of firefighters. An extensive investigative two-part story by E&E News’ Ariel Wittenberg reveals not only the dangers of current equipment standards but the lengths the NFPA has gone to hide them.

Why This Matters: A study of 30,000 firefighters from 2010 to 2015 found that firefighters have an increased risk of many different cancers including: leukemia, malignant mesothelioma, bladder and prostate cancers, lung cancer, brain cancer, and digestive and oral cancers.

by Natasha Lasky, ODP Staff Writer World Health Organization expert Dr. Peter Ben Embarek revealed this week that the organization’s team of researchers have found two scenarios that could have transferred COVID-19 to humans. He acknowledges that COVID-19 could have been transmitted through frozen products at the Wuhan fish market, but the most likely scenario […]

Allergy Season is Getting Longer, and Communities of Color Will Suffer the Most

By Amy Lupica, ODP Staff Writer A new study published Monday has found that a second, sneezier plague is ramping up. Allergy seasons have increased in duration by an average of 20 days since 1990. Why? Rising temperatures and an abundance of atmospheric carbon are increasing the amount of pollen in the air, and researchers say the […]