Notice: Trying to access array offset on value of type bool in /var/www/wp-content/themes/Divi/includes/builder/functions.php on line 2421
 Hurricane Season Begins With Disturbance In Gulf of Mexico | Our Daily Planet

Hurricane Season Begins With Disturbance In Gulf of Mexico 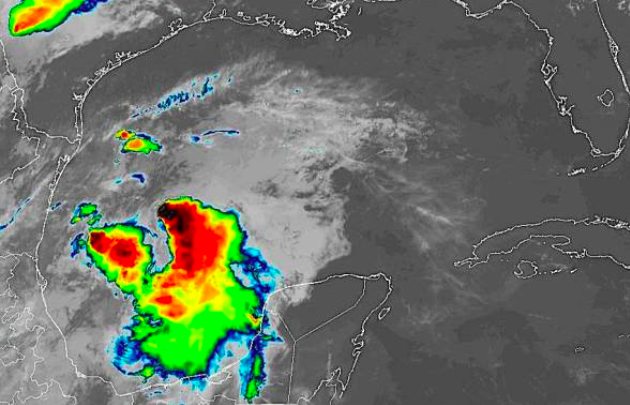 Hurricane Season in the Atlantic officially began last Saturday, and the National Oceanic and Atmospheric Administration (NOAA) is predicting a “near normal” year with nine to fifteen named storms, of which four to eight may strengthen to become hurricanes. Of those, two to four could be major hurricanes of Category 3 or higher.  The Pacific hurricane forecast is calling for an above-normal season for both the eastern and central Pacific regions.

Why This Matters: Even one full-strength storm could have devastating impacts, such as Hurricanes Florence and Michael did last year.  And before hurricane season began, we already saw the first named storm, and there is a second one brewing now in the Gulf of Mexico that could bring more heavy rains and flooding to the lower Mississippi River, which is already dangerously high, with large areas flooded. It could be a trifecta, according to the AccuWeather forecasters, with a surge of water moving downstream along the Mississippi River that could reach the lower part of the waterway at the same time as high levels of water from the Arkansas River join in, along with the heavy rainfall from the tropical disturbance late this week and this weekend. The two prior hurricane seasons were particularly destructive.  According to The Washington Post, the 2018 hurricane season cost the nation $50 billion in damages and 2017 produced three of the five costliest hurricanes on record: Harvey, Maria, and Irma.

Getting An Upgrade:  In years past, there has been much made of the American versus the European model when it comes to storm tracking and severity.  This year, the National Weather Service is upgrading its Global Forecast System (GFS) weather model – often called the American model – early in the 2019 hurricane season — which is the first major upgrade to the model in almost 40 years, and will improve tropical cyclone track and intensity forecasts.

How To Prepare Now:   Ask yourself these questions:  Do you have cash on hand? Do you have adequate insurance, including flood insurance? Does your family have communication and evacuation plans? NOAA advises that you make sure to heed any warnings issued by local officials, and evacuate when the government says you should.