Notice: WP_Block_Type_Registry::register was called incorrectly. Block type "core/video" is already registered. Please see Debugging in WordPress for more information. (This message was added in version 5.0.0.) in /var/www/wp-includes/functions.php on line 5664
 LA’s mountain lions need our help, there’s no time to waste! | Our Daily Planet

While Los Angeles is known for its celebrities and massive freeways it’s also home to an abundance of wildlife–with one of the more well-known animal stars being the mountain lions that call the Santa Monica Mountains home. Sadly, these big cats are facing extinction and their numbers continue to dwindle as a result of traffic accidents, urban encroachment, geographic isolation/inbreeding, and now a growing threat of wildfires. The National Wildlife Federation explained that these factors have created a population of lions with the lowest genetic diversity measured anywhere in the entire U.S. outside of Florida panthers. Now a new study published in the journal Ecological Applications revealed that unless humans take meaningful action, the mountain lions will face an “extinction vortex” and there’s an almost one-in-four chance that they will become extinct in 50 years.

As the LA Times reported:

Why This Matters: As humans, we have to learn to coexist with nature and the animals that also call our backyards home. The study suggested that increasing genetic diversity by creating wildlife crossings where new lions can mate with the Santa Monica lions can go a long way in helping their population survive. As Earther explained, models based on a DNA analysis of living mountain lions found that one immigrant a year brought the chance of extinction in the next 50 years down to 5 percent. The Liberty Canyon Wildlife Crossing is an existing proposal that would create a bridge over Highway 101 and give the cats a safe pathway to find mates and safely cross the busy road–however, the project needs to secure funding and there’s no time to waste to help save these special animals! Just look at these faces! 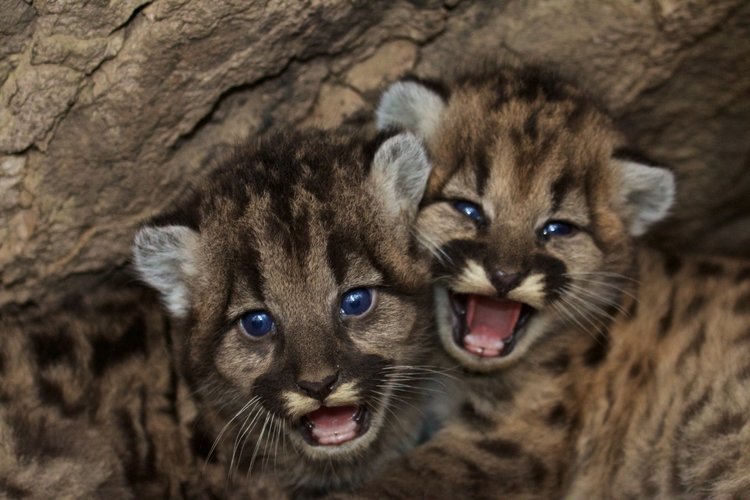