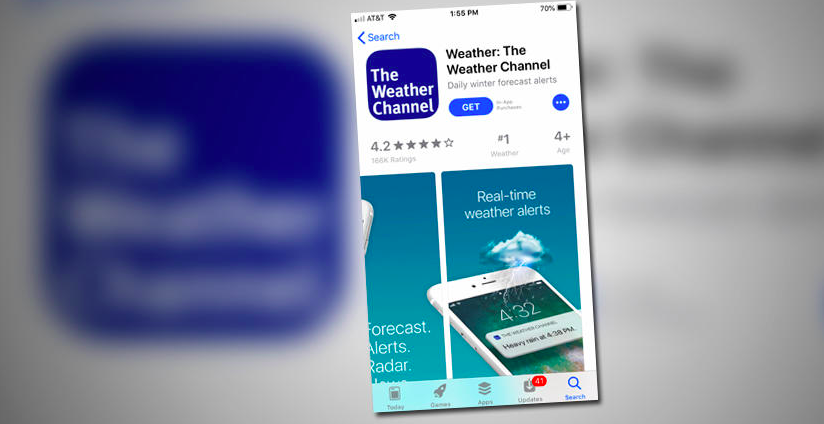 Los Angeles City Attorney Michael Feuer sued the operator of a free, popular weather forecast app alleging that the company misled consumers by hiding the fact that it was selling their personal location data.  The Associated Press reported that TWC Product and Technology LLC (which is owned by IBM Corp.) sold data to hedge funds that used the information to analyze consumer behavior and to more than a dozen websites for targeted ads. Feuer wants the company to end the data sales and is seeking penalties of up to $2,500 for each violation. But any decision would only apply in California since the lawsuit is being brought in state court there.

Why This Matters:  The Weather Channel App is the most popular weather forecasting app in the world, with 45 million downloads each month, according to the company.  Facebook and Google are not the only companies taking advantage of their users.  Weather apps have become a key way that the dangers of severe weather are communicated to the mass public.  I (Monica) must check the weather for my location — not to mention my family’s — every day. This is not just impacting weather geeks like me. The public should not have to choose between their privacy rights and their safety from weather hazards.  IBM’s Watson really does know it all about you.