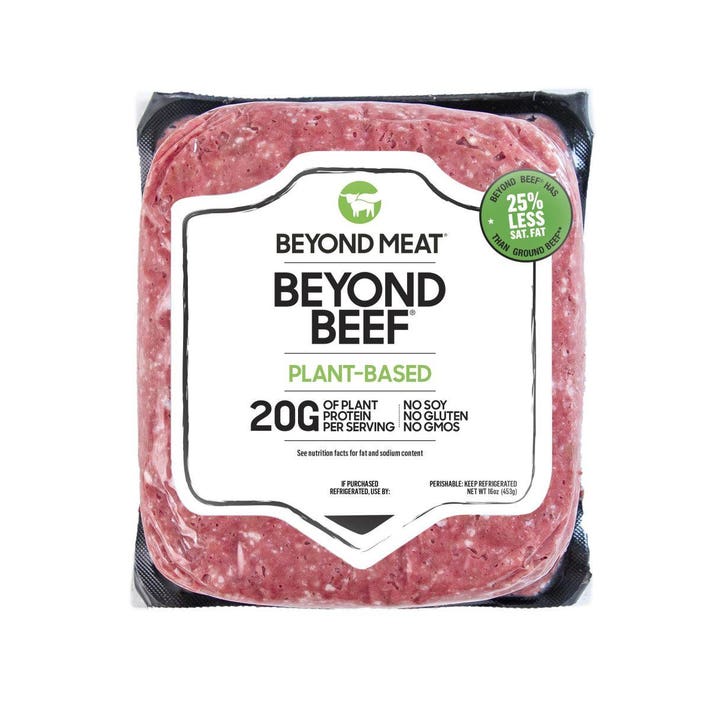 Plant-based proteins continue to surge in popularity and more and more restaurants and grocery chains are offering a wide range of brands like Impossible Burger and Beyond Meat. In fact, as Forbes reported, globally, meat substitute sales on average rose 9.3% between 2012 and 2017, more than three times the average rate of processed meat sales. However, in the U.S. household incomes of over $100,000, are the top buyers of meat alternatives and the companies making these products want to make them cost-competitive if not cheaper alternatives to animal protein through economies of scale. That’s why late last year, Beyond Meat became the first plant-based meat-maker to announce IPO plans. The company’s CEO Ethan Brown has been outspoken about his goals to make plant-based protein a part of everyone’s diet, telling Forbes that “We have an ambition to be part of the generation that separates meat from animals, you don’t do that by thinking small, you don’t do that by having a couple chefs and food scientists.”

According to a report by market research firm, the NDP Group, there was a 19% increase in plant-based protein cases shipped to restaurants by distributors. It’s also become evident that plant-based proteins aren’t just for vegetarians and vegans as 86% of people buying these products are meat eaters. David Portalatin, industry advisor for NPD’s Food Sector said that  “It’s clear by the growth of plant-based proteins that this category has mainstreamed beyond those consumers who choose a meatless diet. Food manufacturers and operators have improved the quality and taste of plant-based foods over the past several years and these foods are appealing to a variety of consumer segments for a variety of reasons.”

Why This Matters: Not only is there money to be made for companies producing plant-based protein but for those that have a true commitment to reducing emissions and environmental degradation, rise in consumption of these products can have a seriously positive impact on our planet. For instance, a lifecycle assessment conducted by the University of Michigan found that Beyond Meat products generate 90% less greenhouse gas emissions, require 46% less energy, and have 99% less impact on water scarcity and 93% less impact on land use than a quarter pound of U.S. beef. Since meat-like plant-based burgers are currently more expensive than beef patties it’s important to make them cost competitive with meat and also just as easy to cook with.

Go Deeper: Beyond Meat recently introduced Beyond Beef, a ground beef alternative, which was developed with a more neutral taste profile than the Beyond Burger, to make it work in meatballs, tacos and all the other dishes that are traditionally made with ground beef.

USPS Could Help Deliver Food to Those in Need

by Amy Lupica, ODP Staff Writer A new analysis from the World Wildlife Fund lays out a plan to use the existing logistical infrastructure of the United States Postal Service to distribute millions of tons of food from farmers directly to consumers. Each year, an estimated 17 million tons of crops never leave the farm, despite millions of Americans living in […]

Wild Variants of Popular Crops Under Threat of Extinction

by Natasha Lasky, ODP Staff Writer While humans have been domesticating crops for the past 10,000 years, we also need wild variants of the crops we cultivate as they have traits that make them more resistant to disease and resilient to environmental changes. We can breed these traits into our domesticated crops. But a new […]