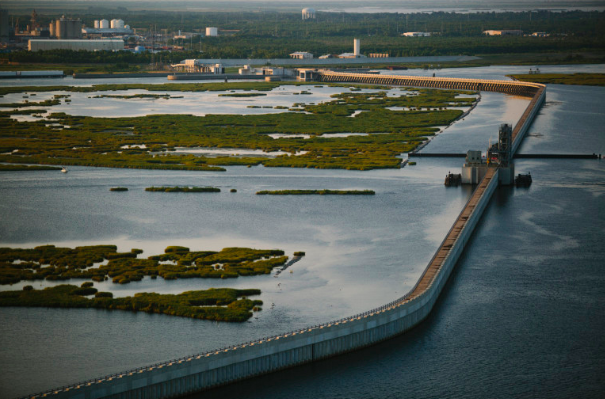 According to E&E News, the $14 billion levee system, which was recently totally rebuilt to better defend the New Orleans in the event of another catastrophic storm like Hurricane Katrina, is subsiding and soon may not provide sufficient protection from a 100-year storm.

At the same time, the City of New Orleans and several other parishes nearby sued 11 oil and gas companies, including Entergy New Orleans, claiming that when those companies dug canals and buried pipelines through the wetlands near the city for their operations, they caused the nearby land to erode and wash away, and the erosion has been exacerbated because the canals haven’t been properly maintained.

Why This Matters: The concerns about the levees in New Orleans, and the greater problem of loss of land in coastal Louisiana, have been debated by the public for much of the last five years.  The law that directed the upgrade of the levees mandated that they have to be strong enough to withstand a 100-year storm, and if they are not, the federal government might not guarantee flood insurance to the people who live behind them.  Approximately 2,000 square miles of coastal wetlands have been turned to open water since the 1930s, and land continues to be lost at an estimated rate of a football field every hour. The National Oceanic and Atmospheric Administration reported that at those rates the remaining wetlands protecting the levees could be under water before the end of the century.  So if the oil and gas companies are causing some of this erosion to occur, they ought to pay to restore the wetlands and improve levees.  If they don’t, then taxpayers will have to pick up the cost and it won’t be cheap. 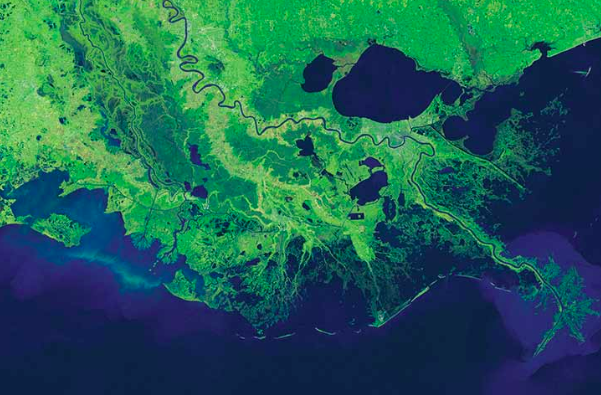 The Mississippi River snaking through coastal Louisiana in 2015  Image: NASA