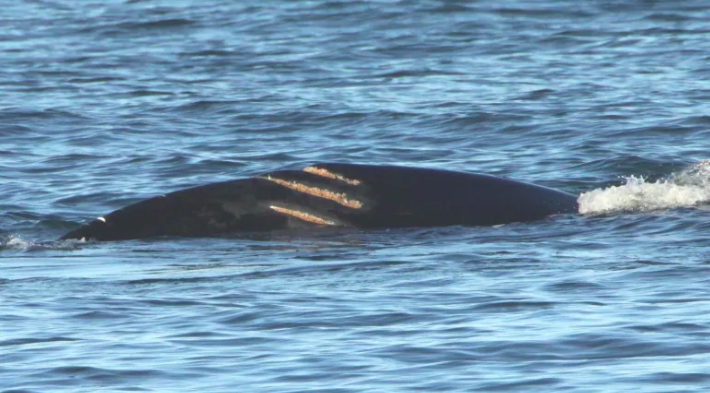 The first North Atlantic Right Whale death in Canada this year was discovered off Quebec’s Gaspé coast last Tuesday, and now the whale has been identified, but the cause of death remains undetermined until a necropsy can be performed on the animal.  The whale was a nine-year-old known as Wolverine and he was familiar to researchers because of three scars on his tale (hence the name) that were the result of a ship strike when he was younger, and because he had also survived three entanglements in fishing gear, according to CBC News.

Why This Matters:  There are only approximately 400 North Atlantic Right Whales remaining, and juveniles are especially important to stave off the species’ extinction. Patrick Ramage of the International Fund For Animal Welfare called it a “grim reminder that these critically endangered animals aren’t dying of old age. We are killing them.” In 2017, there were numerous whale fatalities and the Canadian government had put in place tight restrictions on fishing and shipping in order to conserve whales.  But because there were no deaths in 2018, the Canadian government then loosened the restrictions earlier this year. which may have led to this death.  This whale had been through so much — ship strikes and gear entanglements — its history of run-ins with humans is emblematic of why the species is in such jeopardy today.  Fortunately, there have been seven new-born calves spotted this year, but they will need more protection or else their fate may be no different than Wolverine’s.

Steps In the Right Direction.  Responsible mariners, the shipping industry, port authorities, and government regulators up and down the East Coast have made tremendous progress in U.S. waters regarding vessel strikes, with shifts to shipping lanes and seasonal speed limits for large vessels.

Technological Solutions Are Within Reach.   Patrick Ramage told ODP he believes that “[t]o bring entanglement mortalities to an end, we need to eliminate entanglements altogether. To achieve that, we need to support long-term, technology solutions – including ropeless gear.”

To Go Deeper:  Watch this video with some beautiful whale footage and inspiring words from marine biology students at Brown University that was made to celebrate World Oceans Day, which is tomorrow.