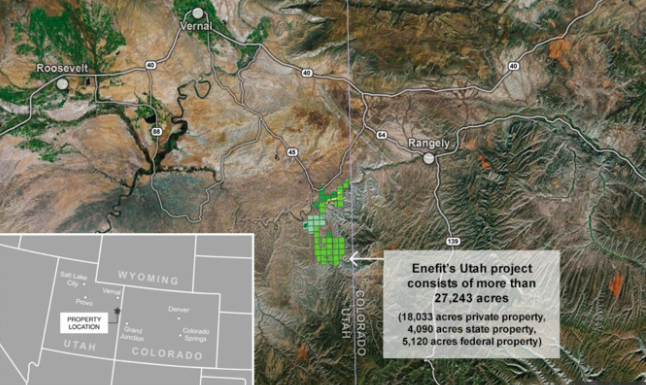 On Tuesday, five environmental groups announced their intention to sue the Trump Administration over its decision to allow the Enefit project to go forward and begin constructing three pipelines and two transmission lines across federal land in Utah — these will transport processed oil from a large shale facility to various utilities.  The Hill reported that the groups are challenging the development because it would drain billions of gallons of water from the Green River in Colorado, threaten endangered wildlife, and result in significant greenhouse gas emissions as well.   The Center For Biological Diversity stated that the lawsuit alleges:

“The water resources of the Colorado River Basin are already headed toward an irretrievable decline in both quantity and quality,” said John Weisheit with Living Rivers Colorado Riverkeeper. “Opposing the Enefit Project is a no brainer; it epitomizes exactly what inappropriate development looks like.”

Meanwhile, back east, Dominion Energy lost again in federal court over its troubled 600 mile-long Atlantic Pipeline that would transport fracked natural gas from West Virginia, through Virginia and North Carolina.   A federal appeals court ruled last December that the Forest Service could not authorize the pipeline to cross the Old Appalachian trail and had “abdicated its responsibility to preserve national forest resources” when it approved the pipeline passing through the George Washington and Monongahela National Forests. Dominion had asked for a rehearing of its case, but the appeals court refused.  Dominion announced it will now appeal to the Supreme Court and pursue other legislative and administrative options as well.

Why This Matters:  Environmental groups are having success slowing down the development of highly destructive pipelines that support troubling fracking projects. There are strong grounds for their challenges based on the environmental laws as well as the slipshod decision-making by the Trump Administration. The Appalachian Trail, the Green River, The George Washington National Forest, and Dinosaur National Monument are too precious to be trashed.  There are better ways to generate the power we need in this country, and it makes no sense to risk these national treasures in order to develop oil and gas infrastructure for a fossil fuel export market when globally the long term trend is toward renewable energy. 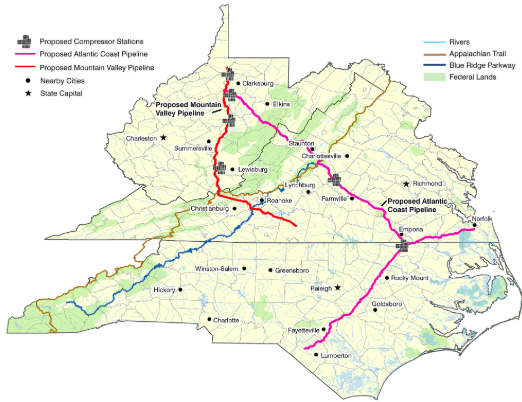