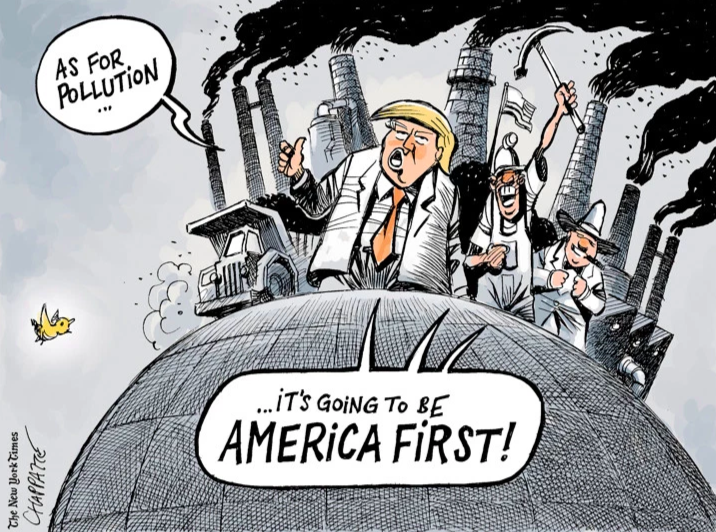 According to the White House, President Trump plans to give a Rose Garden address today to “recognize his administration’s environmental leadership and America’s role in leading the world.”  The White House apparently reached out to its supporters last Wednesday, and according to The Guardian, in an off-the-record conference requested that the supporters “spread the message that the U.S. under Trump continues to be an environmental leader.”  The U.S. currently ranks 27th in the world for its environmental performance — behind most other western industrialized nations.

Why This Matters:  The Trump Administration has taken an aggressively anti-conservation posture since its first days in office.  The President filled his cabinet with leaders from industry who have systematically repealed and rolled back more than 50 years of conservation progress — with more than 80 rules protecting the public’s health and the environment rolled back, protections on public lands and waters and endangered species lifted, and enforcement of environmental laws at an all-time low.  It has never been a better time to be a fossil fuel industry or polluter in the last fifty years.  Any successes the President “claims” later today are the result of the work of environmental laws and standards that his administration openly disregards.  He may try to “have it both ways,” but it is simply not true that the U.S. has crystal clean air and water today, nor can he say that his Administration has contributed to U.S. environmental successes.

Let’s review what this Administration has done and un-done on conservation and the environment.