Notice: Trying to access array offset on value of type bool in /var/www/wp-content/themes/Divi/includes/builder/functions.php on line 2421
 Protests Against Drilling in ANWR Dominate Public Meeting | Our Daily Planet 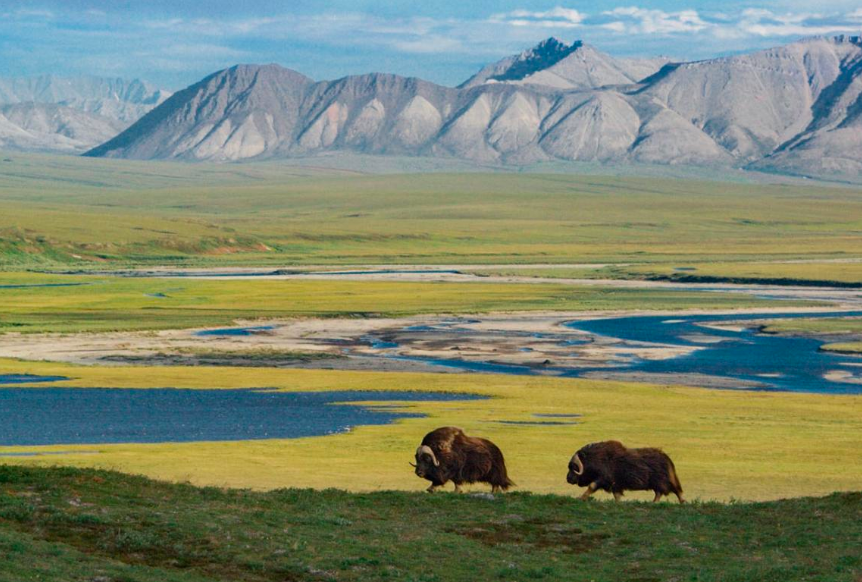 Last week, the Interior Department held a public meeting in Fairbanks to hear their comments and concerns about plans to open the Arctic National Wildlife Refuge to oil and gas drilling.  The agency brought scientists who were there to explain the environmental impact of the project and then take testimony from members of the public.  Opponents of drilling took over the meeting and used it to air grievances about the public comment process and the lack of consultation with Alaska Natives during the drafting process for the environmental impact statement or “EIS” which is intended to describe the harm to the environment that will be caused by drilling projects.

The attendees protested the fact that the draft document was not translated into their Native American language, the last minute scheduling of the meetings (there were only five days of notice) because of the issue of the language divide was brought up by Adrienne Blatchford, an Inupiaq woman originally from Unalakleet who now lives in Fairbanks, as well as subsistence hunting concerns and climate change.

At the same time, a bi-partisan group of Members of Congress yesterday introduced a bill that would ban oil and natural gas drilling in Alaska’s Arctic National Wildlife Refuge (ANWR) and repeal a section of the 2017 GOP tax-cut law that, for the first time, opened part of the refuge for drilling.

Why This Matters:  While the drilling in ANWR will still be challenged in court, it is important for the public to let their views be heard, particularly in public meetings that are covered by the local press in Alaska.  The Interior Department leadership believes that a majority of Alaskans support drilling in Alaska, but these resources belong to ALL Americans and they do not support it.  The Hill reported that Congressman Alan Lowenthal stated, “This is a deeply unpopular thing in the United States. People don’t want it. They haven’t asked for it,” he said. “And they will not accept that the wildest place in our country is on track to be sacrificed at the altar of Big Oil.”  Well said.

To Go Deeper:  Read this incredible National Geographic story about the Refuge, and enjoy the breathtaking photos here.

What You Can Do: Public comments on the proposal to drill can be submitted through March 13 on line at www.blm.gov/alaska/Coastal-Plain-EIS or you can mail comments to Attn: Coastal Plain Oil and Gas Leasing Program EIS, 222 West Seventh Ave., Stop #13, Anchorage, AK 99513. Several more public meets are planned for locations across the state this month, including one in Washington, D.C. at the National Housing Center tomorrow.