Notice: Trying to access array offset on value of type bool in /var/www/wp-content/themes/Divi/includes/builder/functions.php on line 2421
 Reaching Paris Accord Emissions Cuts – There Is a Realistic Path Forward | Our Daily Planet

Reaching Paris Accord Emissions Cuts – There Is a Realistic Path Forward 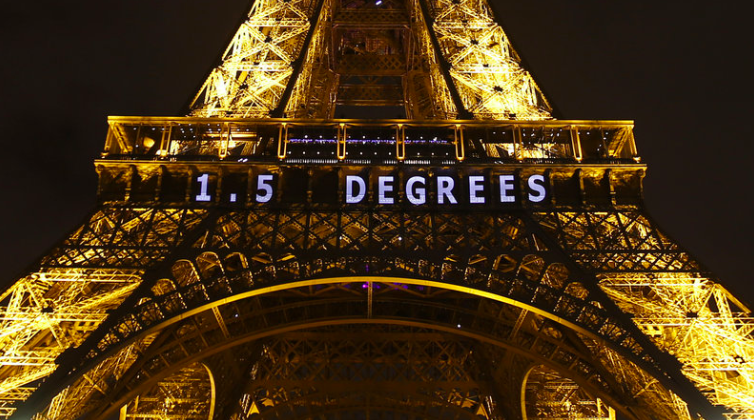 A study published Tuesday in the journal Nature Communications provides a glimmer of hope on meeting the Paris Agreement’s greenhouse gas emissions targets globally.  According to the study, if we begin right now, and “carbon-intensive infrastructure is phased out at the end of its design lifetime from the end of 2018, there is a 64% chance that peak global mean temperature rise remains below 1.5 °C.”   In other words, if we stop building new “carbon intensive” power plants and phase out the old ones and also cars and airplanes that run on conventional gasoline — not shut them down now, but instead at the end of their “lifetimes,” then we have better than 50/50 odds of keeping our emissions at the level to achieve the Paris targets. This means going to a zero-carbon energy scenario in forty years.

Ecowatch further explained that the “researchers made the following assumptions about what a fast, medium and slow phaseout beginning at the end of 2018 would mean:

The researchers used computer models to look at various scenarios.  According to The Guardian, if we delay taking these actions until 2030, the odds of making the Paris Agreement targets decline to only 33%.

Why This Matters:  Realistically, it is unlikely that everywhere all over the globe we can phase out fossil fuels entirely and cut meat consumption sufficiently within 40 years to achieve the 1.5-degree targets.  That is essentially what the experts have been saying for months now — including the UN Climate Science Expert Panel as well as the U.S. government’s climate science experts.  But, but, but …. this study is helpful in providing hope and a realistic path forward so that we can come close to the targets by just phasing out our current “addiction” to fossil fuels.  We don’t have to undergo tremendous economic upheaval — just gradually shift away from oil and gas and coal as the lifetimes of these systems end.  We are already seeing that happen as coal plants are being retired now and replaced with renewable energy plants.  We just have to stiffen our resolve to make these changes as they come.