Notice: WP_Block_Type_Registry::register was called incorrectly. Block type "core/video" is already registered. Please see Debugging in WordPress for more information. (This message was added in version 5.0.0.) in /var/www/wp-includes/functions.php on line 5664
 Remembering MLK: He Planted the Seeds of the Environmental Justice Movement | Our Daily Planet

Remembering MLK: He Planted the Seeds of the Environmental Justice Movement 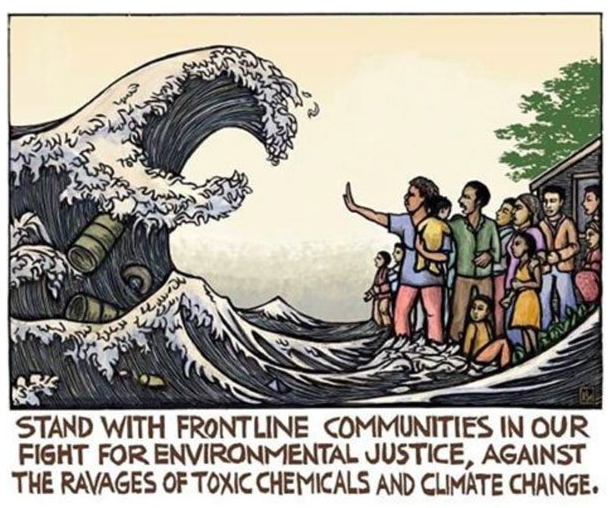 Today, as we look back at the life and legacy of Dr. King, we remember that although he tragically died before the environmental movement had begun, his call for justice and civil rights inspired other movements like our own.  Former Attorney General Eric Holder said in a speech honoring King at the Environmental Protection Agency in 2011, that “Dr. King, in addition to his many other achievements, helped to plant the seeds for what would become our nation’s now-thriving environmental justice movement.  Holder went on to say:

“Dr. King did not have the chance to witness the impact of the movement he began. But he left us with the creed that continues to guide our work. His enduring words – which he penned from a Birmingham jail cell – still remind us that, “Injustice anywhere is a threat to justice everywhere.”

This truth was understood – and honored – by the coalitions of activists who rallied against hazardous waste dumps near African-American communities in the 1970s and ‘80s. Their activism helped to drive updates in our environmental laws. President Clinton’s 1994 Executive Order – which required each federal agency to address environmental justice in minority and low-income populations – was also an important step forward. And the work that the EPA and the Department of Justice have led to ensure that our environmental laws and protections extend to all people – regardless of race, ethnicity, or socioeconomic status – has strengthened this tradition of progress.

But the simple, and unfortunate, fact is that we still are not where we want, and where we need, to be.”

Here are some startling facts about the disproportionate impact that pollution has on minorities and the poor, according to Scientific American:

Why This Matters:  Everyone in the U.S. is entitled to breathe the same clean air, and to drink the same clean water, and to have the same degree of safety from environmental, health, and climate change hazards.  And they have the right to the same opportunities to participate in the decision-making processes that ensure we all have a healthy environment in which to live, learn, and work.  We have a long way to go.