Notice: WP_Block_Type_Registry::register was called incorrectly. Block type "core/video" is already registered. Please see Debugging in WordPress for more information. (This message was added in version 5.0.0.) in /var/www/wp-includes/functions.php on line 5664
 Renewables Set to Surpass Coal For First Time in US | Our Daily Planet

Renewables Set to Surpass Coal For First Time in US 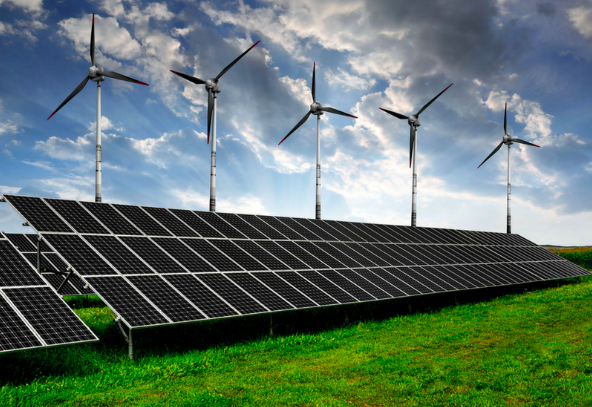 According to the Energy Information Administration’s latest short-term energy outlook report, in April, the electricity generated by wind, solar, hydropower, biomass and geothermal plants in the U.S. are projected to top coal power’s output by about 16 percent.  And the trend is expected to continue, even if the monthly output from coal is higher than renewables from time to time.

According to The Environmental Working Group (EWG), “the costs of wind and solar power are falling quickly and sharply: Within the past decade, the cost of solar power dropped by nearly 90 percent and wind power by nearly 70 percent. By contrast, a Bloomberg New Energy Finance study a year ago found that half of U.S. coal plants are not making enough money to stay open in a free market.”

Why This Matters: The Trump administration, and lawmakers in some states, continue to push huge taxpayer-financed bailouts to money-losing coal plants, which in turn drives climate change and is a severe threat to public health.  This surge in renewable power was not even imaginable five years ago, but now it is inconceivable that coal could ever come back and Trump’s promises to the contrary are more and more farcical.  This is strong evidence that carbon neutrality in the U.S. in the next 25 years is not a pipe dream.