Notice: WP_Block_Type_Registry::register was called incorrectly. Block type "core/video" is already registered. Please see Debugging in WordPress for more information. (This message was added in version 5.0.0.) in /var/www/wp-includes/functions.php on line 5664
 Right Whales Get Right of Way | Our Daily Planet

Right Whales Get Right of Way 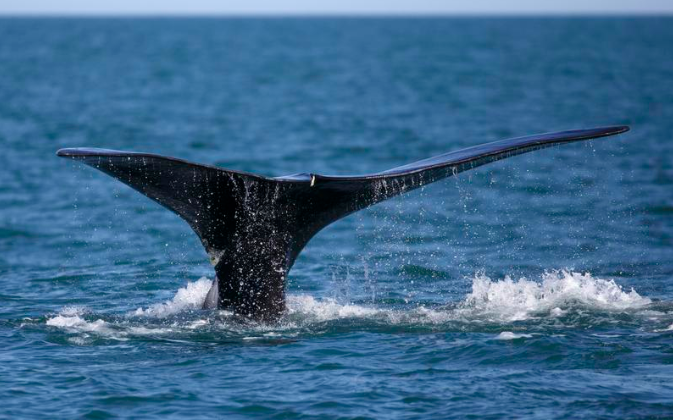 Right Whale Off the Coast of Massachusetts in 2018   Photo: Michael Dwyer, AP

The National Oceanic and Atmospheric Administration wasted no time returning from the shutdown and extended restrictions on shipping in an area off Cape Cod on the way into Boston Harbor to protect the highly endangered Northern right whale.

Right whales are one of the most endangered marine mammals — scientists believe that no more than 411 remain.  Several environmental groups are working in various ways to protect this endemic species.

And there is more good news for right whales — there have been juveniles spotted off the coast of Georgia — four so far.  This is not a huge number but it is an improvement over last year when not a single right whale calf was spotted.

Why This Matters:  We don’t have to choose between whale conservation and offshore renewable energy.  Vineyard Wind will, in addition to limiting construction activities as needed, also invest $3 million to develop and deploy innovative technologies and undertake scientific research to further safeguard the marine mammals.  This is a template for additional offshore wind projects that will be developed up and down the east coast.