Shark Week Starts Sunday, but Its Been Shark and Now Tornado Summer on Cape Cod

Whoaaa!  Check out the video above taken off Cape Cod this week.  Sharks are have frequented the Cape in the past, but this year, according to the local TV station KSBW8, there has been a marked increase in sightings and they are coming closer to humans.  Interestingly, the Boston Globe reported yesterday that those same sharks are rarely sighted in Rhode Island.

Why This Matters:  Shark attacks of humans are rare, and as we have often emphasized, humans are more dangerous to sharks than the other way around.  We love the way these kids react in the video — with wonder and amazement rather than fear or a desire to conquer.  The fact that top predators like sharks are more evident along the Atlantic coast is a good sign for these coastal ecosystems.  Sharks and most of their food sources have been protected under federal laws like the Endangered Species Act for a couple of decades and these laws are apparently working.

Sharks Spotted at the Cape

Tornado Too — But No Sharknado

Yesterday a terrible storm roared across Cape Cod leaving tens of thousands of people after the National Weather Service says an EF -1 tornado touched down in South Yarmouth, Massachusetts.

One Weird Thing: Park Closes So Florida Water Snakes Can Get It On

In the weirdest Valentine’s Day news ever, the city of Lakeland, Florida posted on its Facebook page last Thursday that one of its parks would be closed to the public because Florida Water Snakes were congregating there for mating.  The Department of Parks and Recreation tried to reassure the public that this species is “non-venomous […]

By Patrick Ramage, Director – Marine Conservation, International Fund for Animal Welfare This World Whale Day, as whale-huggers and marine conservationists from Maui to Monterey, Monaco to Mombasa measure recent progress, there is much to celebrate. As we assess prospects for actually “saving the whales” in the 21st century, there is also much cause for […] 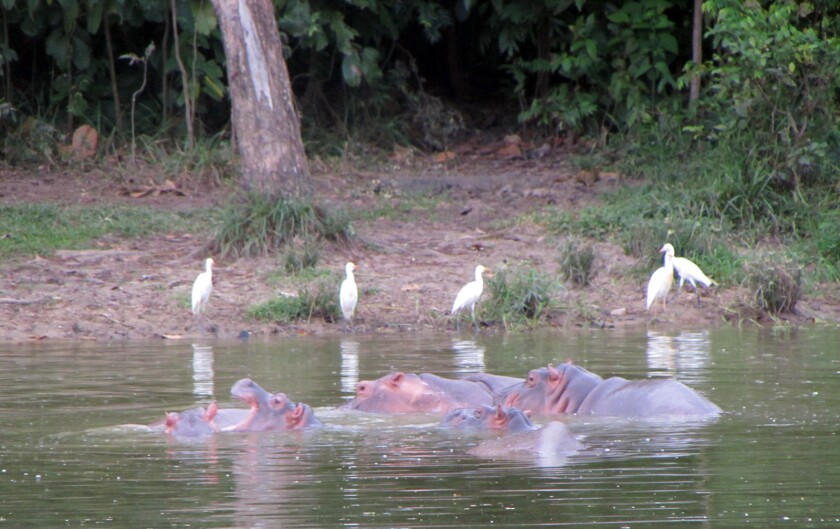 While many of us have probably read about Pablo Escobar’s hippos that escaped his zoo, it’s been unclear to biologists what sort of impact the hippos have had on Colombian ecosystems. There are currently 80-100 animals in the Magdalena River and researchers estimate that in 20-40 years there could be thousands. As NatGeo explained, for […]