Notice: Trying to access array offset on value of type bool in /var/www/wp-content/themes/Divi/includes/builder/functions.php on line 2421
 Summer Music Festivals Working to Be Green Even in Record Heat | Our Daily Planet

Summer Music Festivals Working to Be Green Even in Record Heat 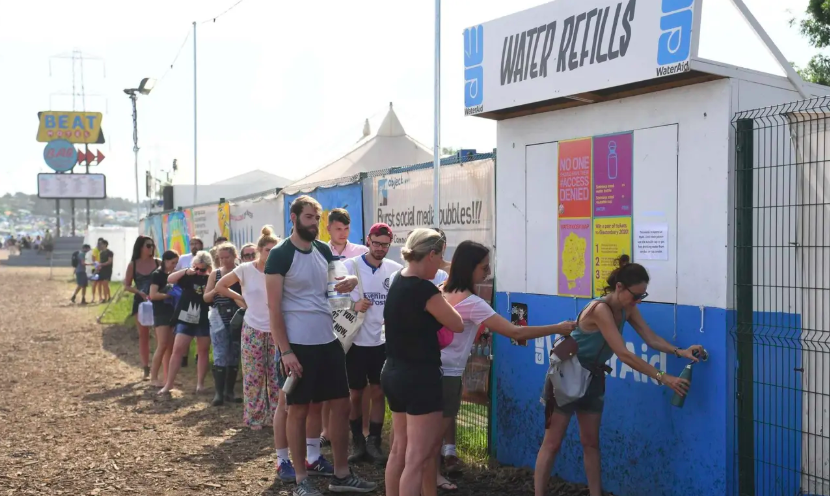 Hundreds of thousands of people will attend music festivals all over the world this summer, and some of those events are making a concerted effort to lower their carbon footprint and encourage sustainability by the music fans attending.  When a festival comes to town, it brings an entire city of people — Coachella in the California desert has 750,000 attendees, Lollapalooza in Chicago has 450,000, and England’s Glastonbury that just finished yesterday had about a half million people.  This year, Glastonbury went single-use plastic free, with the slogan “Love the Farm, Leave No Trace,” but long lines to refill water bottles and not enough water for showers in a scorching heat left attendees feeling parched.

Why This Matters:  Festival organizers are on the right track – festivals in previous years have had a huge negative environmental impact so it is important to make these changes, but organizers must be ready to handle the demands for vital supplies like water. The heat must be factored in — this year’s Glastonbury festival saw temperatures soar.  But with a captive audience of young people, festivals are the perfect place to help change minds and hearts about the need to eliminate single-use plastics and reduce trash overall.  And since attendees travel to the festivals from far and wide, these lessons on sustainability will spread.  Heat records will continue to be broken and everyone must be prepared.

Festival Waste Is Measured In Tons.

The numbers are surprisingly high, according to CNN:

Things got heated at Glastonbury, according to reports by the Evening Standard, with people standing in line for more than an hour to refill water bottles, and no water bottles for sale, only canned drinks like soda. The retailer Co-Op who supplied food and beverages at the festival also planned to use no plastic wrap or cutlery, with only compostable packaging and supplies.

On Friday, France hit an all-time high temperature of 114.4 degrees in the southern town of Gallargues-le-Montueux.  NBC reported heat Records were also recorded in Germany, Austria, and Switzerland, according to the World Meteorological Organization.  The French government issued an orange alert — the second-highest heat warning — for most of the country, reminding the public to stay hydrated and check on their neighbors, with tourists also warned to stay cool.