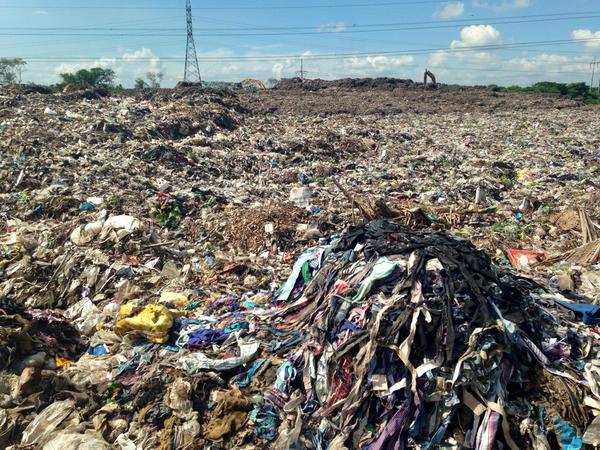 The fashion industry is one of the most resource-intensive and polluting industries in the world. According to a report published in the journal Nature Climate Change last year, textile production produces 1.2 billion tons of CO2 equivalent per year, which is more emissions than international flights and maritime shipping. Over 60% of textiles are used in the clothing industry and a large proportion of clothing manufacturing occurs in China and India, countries which rely on coal-fueled power plants, increasing the footprint of each garment. It has been stated that around 5% of total global emissions come from the fashion industry. Additionally, last year’s Pulse Of The Fashion Industry report revealed that the fashion industry generates 4% of the world’s waste each year, 92 million tons, which is more than toxic e-waste.

While there have been several international groups like the Sustainable Apparel Coalition and the Ellen MacArthur Foundation who have focused on fashion sustainability issues, there hasn’t yet been a coordinated global body to help oversee this work. This week the United Nations announced that it will officially launch the UN Alliance on Sustainable Fashion on March 14th, during a media event of the 4th U.N. Environment Assembly in Nairobi, Kenya. Michael Stanley-Jones, the co-secretary of the new alliance said told Women’s Wear Daily that the objective of the alliance will be to “coordinate the U.N. system’s response to the challenges that the textiles, fashion and accessories sectors face in achieving the 2030 Agenda for Sustainable Development,” said Michael Stanley-Jones, the co-secretary of the new alliance

Why This Matters: According to the Ellen MacArthur Foundation, unless the fashion industry changes its practices by 2050, it could use more than 26% of the global carbon budget (which is the amount of greenhouse gases we can emit and still stay on a path to limit global warming to 2° C). Fast fashion and our demand for (relatively) cheap clothing means the average American throws away about 81 pounds of clothes each year. It’s important that the biggest intergovernmental organization is seriously beginning to tackle the issue of fashion sustainability as it’s an enormous (and often overlooked) contributor to environmental pollution and global climate change.