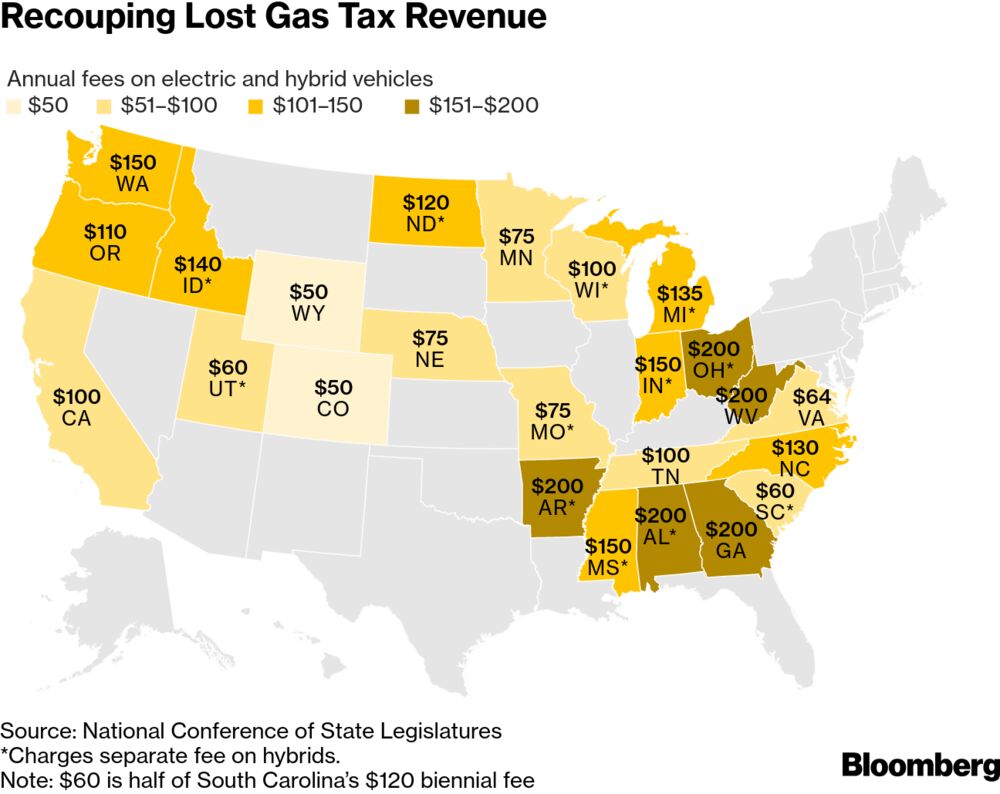 Most European Union member countries offer tax and acquisition incentives for electric vehicles in hopes that they can help fight climate change but here in the U.S., in nearly half of states, driving a battery-powered car requires paying additional fees. As Bloomberg reported, “to date, 24 states have imposed special fees on electric vehicles, according to a national association of state legislatures. The money usually comes in the form of higher registration costs that can range up to $200 per year. More states are poised to follow. Last week, one Illinois legislator even proposed a $1,000 annual registration fee for electric cars.” Even in California, which is responsible for half of the 1 million EVs sold in the U.S will begin charging registration fees for electric vehicles as a way for drivers to pay for their fair share to maintain roads and bridges (public services typically financed by gasoline taxes).

However other nations like Norway and China who subsidize EV sales and provide other benefits to drivers have seen electric vehicle sales drastically increase.

Why This Matters: As EVs and hybrid grow in popularity and drive the decline of gasoline sales, the U.S. Highway Trust fund is inching toward insolvency. It’s time that we consider another tax mechanism to fund the maintenance and improvement of our roads and infrastructure, something the Green New Deal alludes to. At the same time, we must prioritize the transition to EVs in the United States as transportation recently became our largest domestic source of carbon emissions. Federal and state support to help this transition is critical and while it should be one step of our climate action plan, as the Guardian explained last year it could be an incredibly critical component. Also worth noting is that we also focus on building more walkable cities and communities so that we can begin to decrease our reliance on single-occupancy vehicles altogether.