Notice: Trying to access array offset on value of type bool in /var/www/wp-content/themes/Divi/includes/builder/functions.php on line 2421
 Whale Watching On the Rise in Japan and Iceland | Our Daily Planet

Whale Watching On the Rise in Japan and Iceland 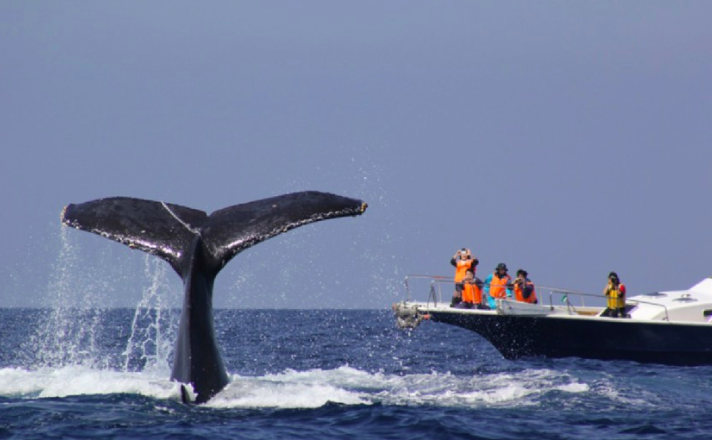 Whale watching is one of the fastest growing tourist activities in Japan, which is a marked shift in the way the Japanese people think of whales — as something to observe in the water rather than on a dinner plate.  The International Fund for Animal Welfare (ifaw), has been keeping track and found that from 2008-2015, the last year for which ifaw had statistics, the number of whale watchers in Japan each year increased by more than 40,000, and most of these tourists are from Japan rather than foreigners who are visiting.  In Iceland, where tourism has been steadily increasing since 2010, the Icelandic Travel Industry Association is concerned that bad publicity surrounding commercial whaling there offends the animal and outdoor-loving, high-spending tourists that the country is most keen to attract.

According to ifaw’s Patrick Ramage, the tide in these countries is beginning to turn. “What’s remarkable is the steady growth in the whaling countries. While their governments figure out how to climb down from whaling, citizens and tourists in Iceland, Norway and Japan are climbing aboard whale watching vessels. Animals, people and coastal economies thrive when whales are seen and not hurt,” Ramage said.

Why This Matters: Most species of whales are endangered.  Robert Watson, the chair of the UN’s Intergovernmental Panel on Biodiversity and Ecosystem Services (IPBES) that produced the Extinction report, said “[w]e need to reduce and eliminate harmful subsidies. We really have to think about what is the economic system that will be much more sustainable in the future.”  Exactly — government subsidies for non-consumptive activities like whale watching, which is a $2 billion dollar industry worldwide, are key to shifting the paradigm from consumption to conservation.  Meanwhile, there are other threats to whales that need to be addressed such as ocean noise, entanglement in fishing gear and being struck by ships.  Just Monday the 9th gray whale this year washed up dead in San Francisco.

What You Can Do:  Sign a petition to urge the Icelandic government to put an end to commercial whaling by clicking here.