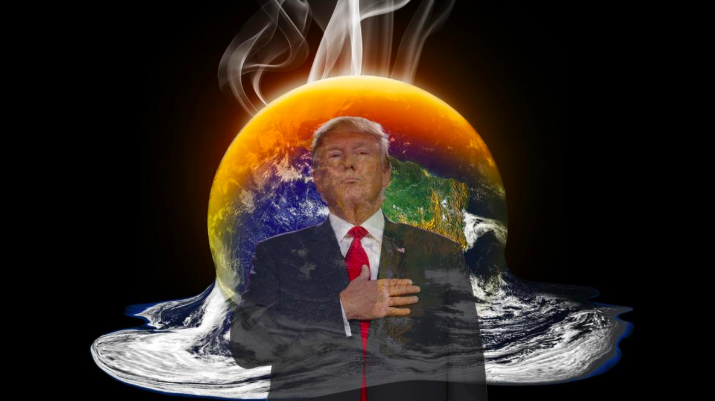 Three weeks ago, and for the second year in a row, the Director of National Intelligence, former Republican Senator Dan Coats, testified to Congress that environmental degradation and climate change are global threats to U.S. national security stating that they are, “likely to fuel competition for resources, economic distress, and social discontent through 2019 and beyond.”  Now, the White House National Security Team is planning to push back — it has called a meeting of the Deputies of several Cabinet agencies tomorrow to discuss creating a “committee” to look at the question of whether climate change poses a national security threat, according to documents leaked to The Washington Post.

Sally Yozell, Director of the Environmental Security Program at the Stimson Center, a defense think tank, said “climate change is an accelerant for humanitarian and natural disasters, with the potential for conflict and insecurity particularly in developing nations lacking governance.  It’s unconscionable to question our intelligence community, whose experts understand this growing threat to U.S. national security.”  The committee will be established by Executive Order and called the Presidential Committee on Climate Security, and will allegedly be led by William Happer, a National Security Council staffer.  According to The Post, Happer is a former professor of physics at Princeton University and does not believe that carbon emissions linked to climate change should be viewed as a pollutant.

Why This Matters:  The intelligence agencies are not easily intimidated or bullied — they will stick to their guns that climate change is a threat regardless of what the new committee says.  But both the Assessment and the DoD Report hardly do the topic justice.  Yes, there are many security threats around the world, but climate change is buried in the Intelligence Assessment and while the language is accurate that there are grave risks, the level of detail and rigor around the level of risk is not on par with the other threats evaluated.  Maybe that was done to avoid this kind of push back from the White House. But these assessments need to be credible and climate change is given short shrift, and that is not good for our preparedness to meet this growing threat.