Notice: Trying to access array offset on value of type bool in /var/www/wp-content/themes/Divi/includes/builder/functions.php on line 2421
 Women Scientists Breaking Out at the Poles | Our Daily Planet

Women Scientists Breaking Out at the Poles 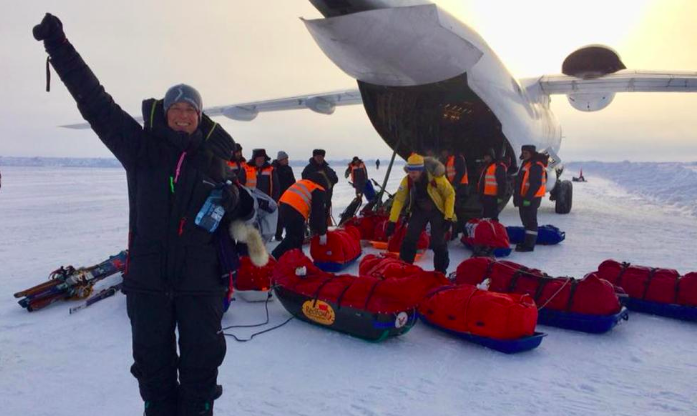 The number of women researchers working in Antarctica is “skyrocketing” as particularly younger women are charging ahead there — 55% of APECS (Association of Polar Early Career Scientists) members are now female, according to the Scientific Committee on Antarctic Research. As National Geographic points out, polar science used to be for men only.  Indeed, journalist Walter Sullivan of The New York Times described the first all-female scientific expedition to the Antarctic in the 1960’s as “an incursion of females” into “the largest male sanctuary remaining on this planet.”

Julia Wellner, one of the lead scientists of the International Thwaites Glacier Collaboration, explains how far women have come in polar research — the “first woman allowed in the Marine Antarctic Program in the United States was, I believe, in the late 70s. That is because the U.S. ran all of their marine science through the Coast Guard and the Coast Guard simply didn’t allow women on ships.”

Women are also making their mark on the other end of the globe.  Felicity Aston of the United Kingdom led the first all-female exploration teams to both the North and South Poles.  She is even more remarkable — and in the Guinness Book of World Records  — because in 2012 she was the first woman to ski across Antarctica alone – a 59-day journey of 1084 miles.  Last fall, eleven women participated in the Women’s Euro-Arabian North Pole Expedition she led to the North Pole.  The women, who were from all over the world and joined forces as a result of a Facebook post, made the 50-mile (80-kilometer) trip on skis.  They participated in a study on how extreme cold impacts women’s bodies –– they collected samples of spit, urine, blood, and other data such as body temperature and heart rate for two studies: one physiological and the other psychological.

Why This Matters:  Women have a contribution to make to science and they are ready, willing and able to take on the most extreme challenges to do it.  Not only is it important to increase our understanding of the different ways that men and women respond to extreme cold; it is also important in order to pave the way for many young women scientists who are just getting their start.  As Felicity Ashton put it, looking ahead to the global challenge of climate change facing all nations on the planet, “[w]e need to find solutions together, and women have an important role to play in finding those solutions.”  Right on, sister!