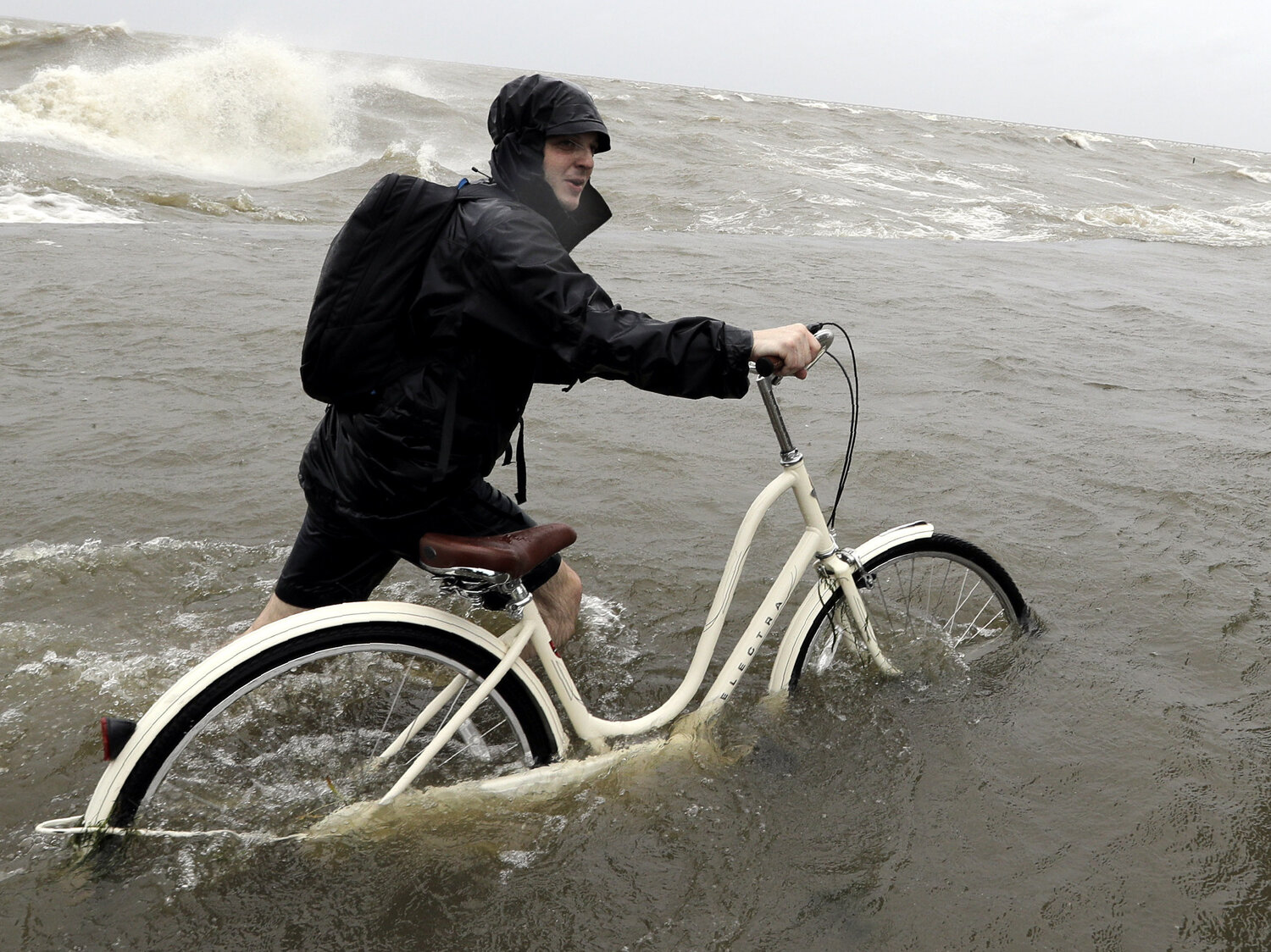 We wrote on Friday that Tropical Storm Barry had the potential to inflict unprecedented damage on New Orleans, and while the storm caused serious flooding and power outages to 700,000 people, the storm has weakened to a tropical depression as it continues to slowly move north through Louisiana. As NPR explained, the National Weather Service forecasts that the center of the storm will continue to move through northwest Louisiana toward Arkansas through Monday.

What’s Next: As CNN reported, “Barry is forecast to produce an additional 3 to 6 inches of rain from the lower Mississippi River Valley through portions of Arkansas, west Tennessee and northwest Mississippi. Some areas in this region could see storm totals upward of 15 inches by the time the remnants of Barry push into the Ohio Valley by midweek.”

Not Over Yet:  Louisiana Governor John Bel Edwards explained that just because the storm was downgraded doesn’t mean that residents are in the clear stating, “Some people may think that the threat is over. Some people may be tempted to think that because it was a Category 1 when it came ashore and has already been downgraded to a tropical storm, that it does not present a threat. That is not the case.”

Why This Matters: Louisiana Governor John Bel Edwards warned residents on Sunday evening that July is just the start of hurricane season and that most hurricane activity is seen from August-September. Damage by the storm was mitigated in part due to preparedness measures taken by officials and residents and underscores how important proper planning can be for extreme weather events. This time around, search teams rescued 93 people from 11 parishes with no reported fatalities, which for how powerful Barry was predicted to become is quite a feat.

A new study conducted by Portland State University and the Science Museum of Virginia has revealed that a history of redlining in America has forced African Americans to live in neighborhoods that are much more affected by urban heat waves. As the authors explained, “Vulnerable communities—especially those within urban areas in the United States—are disproportionately […]

One Safety Thing: Heed the Warnings of Strong Storms

Our favorite local National Weather Service forecast office tweeted out this important message on Saturday when a strong line of storms ripped through central Alabama.  With extreme and severe weather becoming the new normal, the National Weather Service and local emergency managers’ warnings are more important than ever.  Lives are at stake.  This forecast office […]

Cities in Alaska and the Southeastern U.S. saw some of the greatest extremes in weather in 2019 — with Utqiagvik, formerly known as Barrow, coming in at 9.3 degrees warmer than average and Bozeman, Montana was 5.3 degrees colder than average, while Beaumont-Port Arthur, Texas was the wettest with 25.02 inches more rain than average and of U.S. cities, Tallahassee, Florida, had a 20-inch rainfall deficit.

Why This Matters:  There were some big extremes in 2019 — with an impressive list and geographic spread of U.S. cities seeing record-breaking weather.  Record warmth for Alaska is one of the biggest stories of the year.