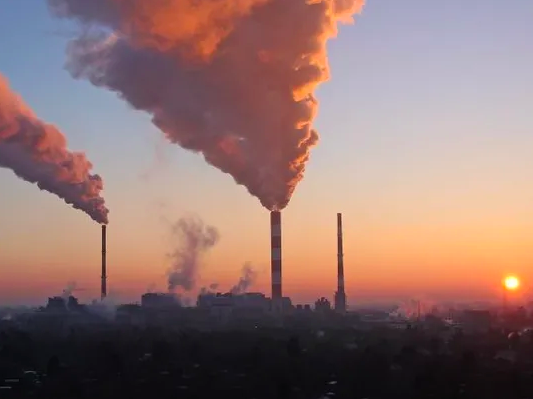 Carbon dioxide (CO2) levels are over 410 parts per million (PPM) and rising, and according to a new study published in Science Advances last week, that is the highest level in the last 3 million years.  According to the research team, their results “suggest that the current CO2 concentration is unprecedented over the past 3 million years and that global temperature never exceeded the preindustrial value by more than 2°C” during the most recent geological period of 2.6 million years, also known as the “Quarternary.”  USA Today reported that:

According to The Guardian, at the beginning of the industrial revolution, CO2 was at 280 PPM in the atmosphere, but by the time the U.S. government took its first measurements at the Mauna Loa Observatory in Hawaii, it had reached 315 PPM, and it first exceeded 400ppm in 2013.  In order to make their readers more aware of the problem of greenhouse gas emissions, The Guardian announced that it will now publish the Mauna Loa carbon count, which is the global benchmark, on its weather page of the paper every day.  The Guardian’s editor-in-chief, Katharine Viner explained,  that “including a measure of [carbon] in our daily weather report is symbolic of what human activity is doing to our climate. People need reminding that the climate crisis is no longer a future problem – we need to tackle it now, and every day matters.”

Why This Matters:  We need reminders that carbon dioxide levels are increasing every day and billions of tons of carbon pollution continue to pour into the air every year.  These gasses are odorless and colorless, but they are damaging our health even though we are largely unaware of them.  As we reported last week, these toxic gasses in the air are literally taking years off our lives.  Maybe more news outlets should do the same thing as The Guardian — report regularly on the global CO2 levels, and perhaps even more specific information about local pollution levels too.  While currently there are “code red” days, which weather forecasters issue when air quality reaches unhealthy levels, there is no public reporting on the actual levels of certain pollutants.  Would that help to motivate us all to do what it will take to cut harmful air pollution?

To Go Deeper:  You can track the daily CO2 levels at Mauna Loa Observatory here.  Check out the graph of the full record below.  And learn more about the Quarternary here. 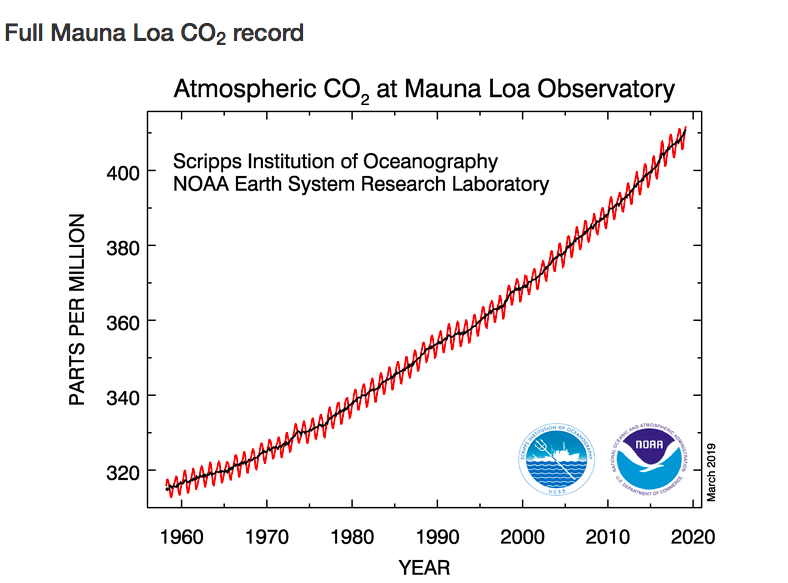