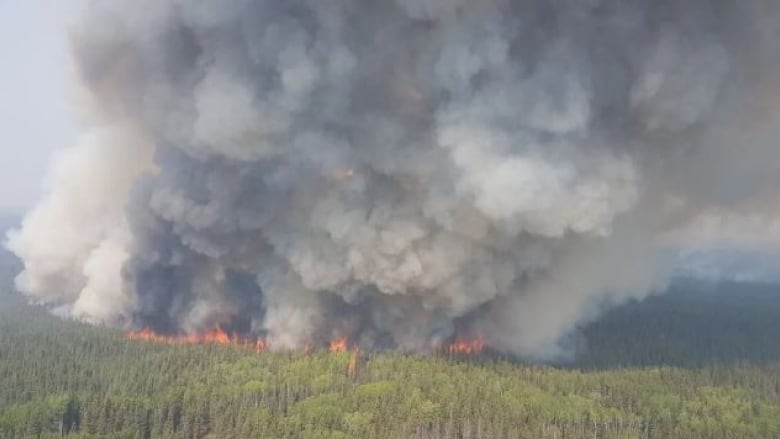 Wildfire season has returned to North America with deadly force as 28 fires continue to rage across in Alberta, Canada and have burned more than 700,000 acres of land while forcing over 11,000 people to evacuate. The fires have been burning since the end of May and despite military aid and fire fighting efforts, dry conditions in parts of Alberta continue to fuel the fires.

A Disruption to Daily Life: As CNN reported,

The smoke is so bad from this fire that it reached parts of the U.S. Southwest on Monday:

Does it seem a bit hazy out today? That's because smoke from wildfires burning in Alberta, Canada, has spread southeast across much of the eastern United States. The smoke shows up nicely on GOES-E satellite imagery. #chswx #gawx #scwx #savwx pic.twitter.com/BEVf7Jotjt

Despite Evidence Link Climate Change to Wildfires, Alberta’s Premier Might Not Be Convinced: As Global News Canada reported, Premier Jason Kenney found himself answering questions Friday about his government’s decision to kill the carbon tax the day prior. Asked whether the wildfires can be linked to climate change, Kenney said: “I think the reason for any particular forest fire is often complex.” An academic study released by Environment and Climate Change Canada (ECCC) earlier this year concluded that climate change is a major driver of wildfires.

Why This Matters: An average of about 2.5 million hectares of land is charred every year during Canada’s annual wildfire season–twice the size of what burned in the 1970s (the same is true of the United States). Experts like Mike Flannigan, a professor of wildland fire at the University of Alberta, believe this figure will double especially because Canada is experiencing warming at twice the rate of the rest of the world. These type of extreme weather events will continue to happen and at this point, we have to focus on the reduction of carbon emissions as well as how we help mitigate the impact of dry, disease-susceptible forests. Lives are depending on it!