Seabins are helping clean up marinas around the world 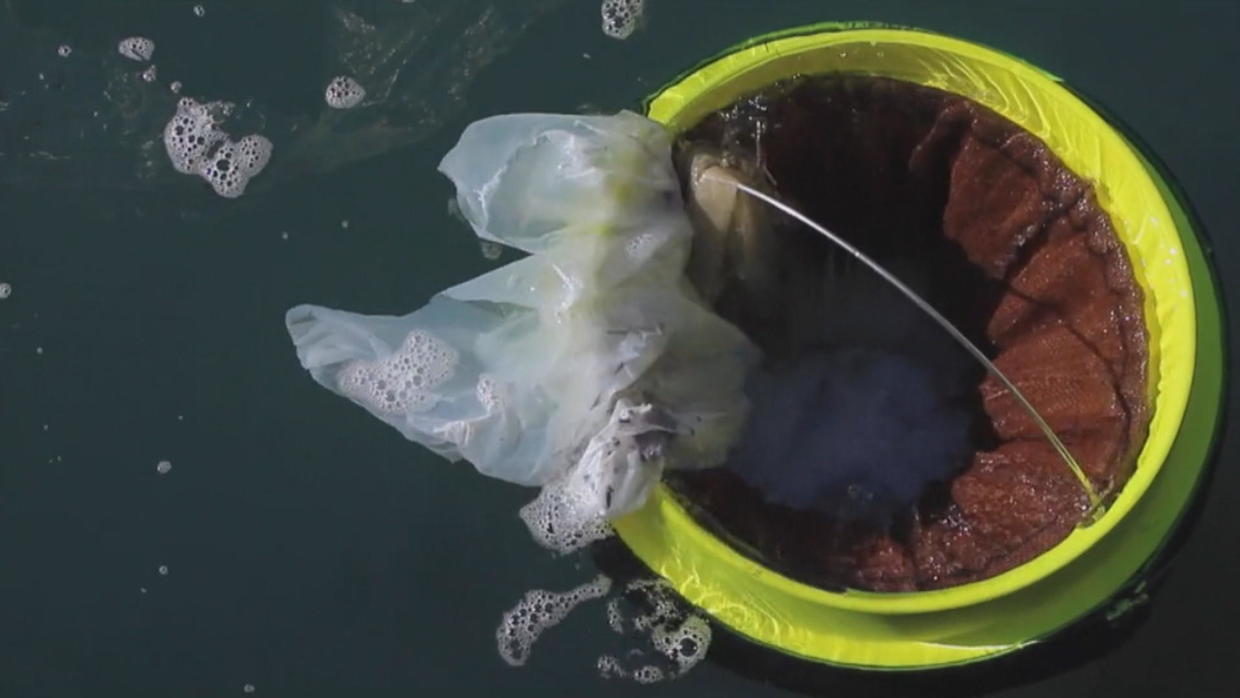 We write about ocean plastic pollution a lot, mostly because if we don’t act to curb our addiction to plastic there will be more plastic than fish in the world’s oceans by 2050. Boating marinas especially are places where there’s a big opportunity to stop trash before it enters the ocean. Marinas are critical for the boating industry but because they are places that have restaurants, stores, and waste disposal facilities they are also gateways for plastic waste to be introduced into the ocean. We mentioned on Monday that CBS aired special coverage for Earth Day and one of the stories they highlighted from Australia was about the increasing use of Seabins, a simple invention which is placed in marinas and other waterside locations and filters out plastic, oil and other pollutants on an ongoing basis. Seabins are growing in popularity and are helping clean up marinas around the world while preventing trash from floating away into the open ocean.

As CBS explained, one Seabin is capable of catching the equivalent of 90,000 shopping bags or nearly 170,000 plastic utensils over the course of the year–they’re also capable of catching microplastics. There are more than 700 of the contraptions working in harbors and marinas around the world and the company that makes them is deploying an additional 60 Seabins in the U.S. this week, on top of the six currently cleaning the waters around California.

Why This Matters: Seabins will likely not solve the ocean plastic problem (as we’ve seen with the recent failure of The Ocean Cleanup rig, this is a colossal challenge) but they can play a pivotal role in cleaning up ports and marinas. Additionally, if boaters see these contraptions floating in the water they might be more inclined to be mindful of their trash and begin to cultivate a culture of sustainability in the boating community. We need all available solutions to tackle this critical issue as the amount of plastic being dumped into our oceans is greater than we previously estimated.

North Carolina Coastal Federation has a nature-based plan for dealing with heavy rainfall that captures and filters water instead. Green infrastructure includes solutions like rain gardens, restoring wetlands, and permeable pavement. The state plan calls for comprehensive incorporation of nature-based stormwater strategies across roadways, farmland, and in new building construction.

Why This Matters: It’s not just sea-level rise that causes increased flooding and infrastructure damage: heavy rains can be just as disruptive. Using plants, dirt, and other natural ways to handle excess water is often simpler and more cost-effective than their conventional counterparts.

Portraits of Change: Climate Change Is Challenging Fishing in the U.S.

This week, we have featured this series of videos by the Environmental Defense Fund about the impacts climate change is having on the ocean as observed by the people who live and work there — fishermen and women. Their stories have been compelling and provided a sense of the ways that climate change is harming and shifting global fish stocks.

Why This Matters:  On Tuesday, pursuant to President Biden’s climate executive order, NOAA announced: “an agency-wide effort to gather initial public input” on “how to make fisheries, including aquaculture, and protected resources more resilient to climate change.