Notice: Trying to access array offset on value of type bool in /var/www/wp-content/themes/Divi/includes/builder/functions.php on line 2421
 Sharks on the High Seas Need Protection Too | Our Daily Planet

Sharks on the High Seas Need Protection Too 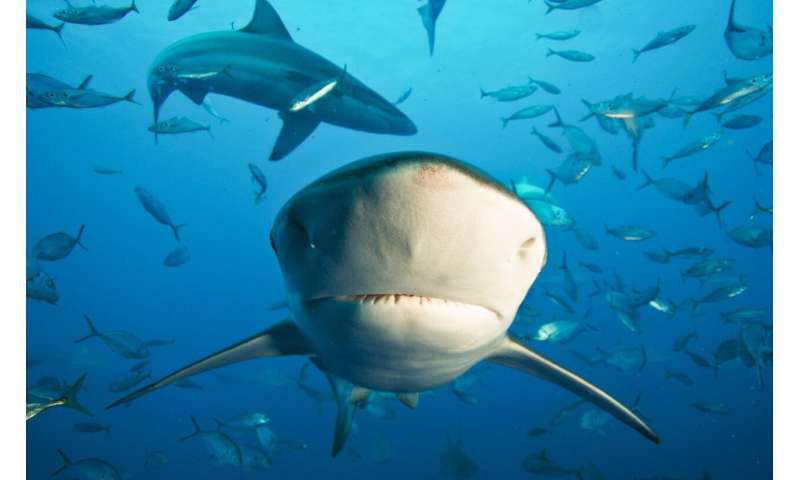 Sharks often end up as bycatch in commercial fishing lines (it’s one of the biggest issues facing sharks) but new research is showing that even highly migratory species of sharks have little refuge in the open ocean from fishing fleets. As Phys recently reported, regional declines in abundance of some shark populations such as shortfin mako shark—the fastest shark in the sea—have led to widespread calls for catch limits in the high seas where there is currently little or no management for sharks.

What This Means: A global scientific effort has shown that about one-quarter of shark habitats fall within active fishing zones. The Indian Ocean and the North Atlantic had the highest overlap of shark populations and commercial fishing operations.

What’s A Shark to Do: The research published in the journal Nature explained that the results show that sharks don’t have many options when it comes to seeking refuge from fisheries. The authors of the study suggested creating protected areas around important shark hotspots as a global conservation effort.

Why This Matters: Even protected shark species like great whites had 50% of their range overlapping with commercial fishing. This means that international cooperation to protect shark species that live on the high seas should become a priority.

Go Deeper: Scientists at the Virginia Institute of Marine Science in Wachapreague are experimenting with tiny electrical fields that might be able to deter sharks from commercial longlines.